By boosting your metabolism your body burns calories at a higher rate increasing in weight loss. There are many ways to increase metabolism including cardiovascular exercise and weight training as well as eating certain foods. One of the most effective foods that boost your metabolism is smoothies. So if you’re looking for a delicious and simple way to increase metabolism, smoothies are a great way to do it. Smoothies, especially ones with protein in them, increase metabolism in several different ways. One of the reasons smoothies are such big metabolism boosters is because of their ice cold temperature. The human body likes to remain at a core temperature that is consistent so when a smoothie is digested the body expends a lot of energy trying to warm itself up. 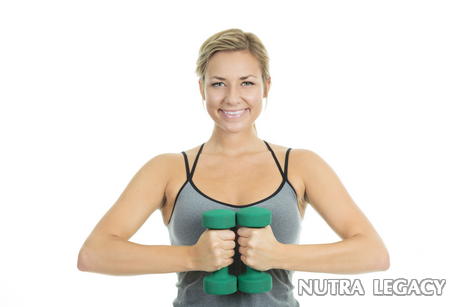 Adding protein to your smoothie is also one of the best metabolism boosters. The body has to work harder to digest protein more than any other food. When the body works harder that means more energy is expended resulting in more calories burned and an increase in metabolism. Protein also is the building block of muscles and when protein smoothies are combined with exercise the body can build lean muscle mass. An increase in muscle mass will boost your metabolism.

Another way smoothies are major metabolism boosters is that they keep the body hydrated. Without proper hydration the body’s systems come to a halt and metabolism slows to a crawl leaving all the calories that were consumed nowhere to go other than the waistline and hips.