10 Illnesses That Are No Longer Incurable 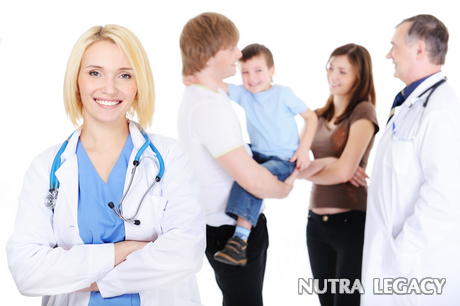 Until the year 1946, Tuberculosis was not curable, and patients were put into a sanatorium to prevent the disease from spreading through the communities. In 1946, the antibiotic Streptomycin was invented, and for the first time tuberculosis could be cured instead of just treating the symptoms. Better antibiotics and other drugs to cure this disease have been invented since then.

Syphilis is a disease that had devastating consequences while it was incurable. Thanks to arsenic, the first syphilis cure was invented in 1910 by a medical researcher in Germany called Paul Ehrlich. Later medical advancements created antibiotics, which are the modern cure for this dreaded disease. Without treatment, syphilis can have severe medical consequences and can be debilitating or even fatal.

For most of history, skin cancer was considered incurable and caused many deaths. That is no longer true. Medical discoveries have caused this once incurable disease to be one of the least fatal if caught early. Surgery, radiation, and chemotherapy are all responsible for skin cancer being curable today.

Before current sterilization and advanced surgical techniques became available, appendicitis was an illness that was incurable and could often be fatal. This serious illness can lead to perforation, sepsis, septic shock, systemic infections, and death. This illness is now curable by simply surgically removing the appendix, and often giving intravenous antibiotics following surgery to clear up any infection left in the body.

Colon cancer is one illness that is no longer incurable, but for a long time this illness meant a death sentence. Colon cancer is very curable if caught in the early stages. Curing this illness can involve surgery, radiation therapy, and possibly chemotherapy, depending on the stage of the cancer.

For most of history psoriasis was a skin disease that was incurable, but phototherapy has changed that. Phototherapy uses ultraviolet light to treat psoriasis, and eliminate the problem. Until this treatment many other methods were used in the past, including tar, but these were not effective in eliminating the skin disease completely.

Until the last decade, a heart attack was incurable, and was fatal most of the time. The damage done to the heart muscle, as well as any blocked arteries and other contributing factors to the myocardial infarction, could not be cured. This is no longer true, and if emergency medical treatment is sought the chances of surviving this once incurable illness is very good.

A detached retina was incurable until advancements in eye surgery and opthalmology changed this fact. Unless cured, a detached retina will usually lead to complete blindness. Laser surgery, cryosurgery, and even installing a buckle around the eye can cure a detached retina. The cure used will depend on the size and position of the hole in the retina.

Scarlet fever and strep throat are two related illness that were incurable until antibiotics were discovered. Caused by strep bacteria, strep throat can lead to scarlet fever in some cases if the strep infection is not cured with medication. Scarlet fever can cause irreparable organ damage, including damage to the heart, and antibiotics have greatly minimized the threat from these illnesses that were not curable in the past.