As our society makes attempts to remove us from the synthetic chemical world we have created, attention is returning to the health benefits of wild seaweed. The wild seaweeds have been used for centuries by local native populations for nutrients, healing properties and rejuvenation. 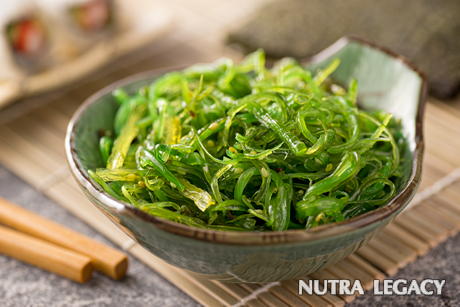 The scientific name for the three major types of sea plants is called Macrophytic Algae. They are classified based on their pigments, their reproductive and vegetative structures. Each type has a specific look and use in the world of healing and use.

The Brown Algae is apparent by its brown color and is available in over 1,500 types. Their use is based on their ability to hold water, as a gelling factor and their emulsifying properties. They can be used in conditioners, shampoos, face masks, shower gels and as a binding agent for foods.

There are over 4,000 types of Red Algae seaweeds and they contain gel-like substances in two variations. They act in a similar manner as the brown algae but these gels are rich in nutrients and can act with a natural binding feature. For this reason, manufacturers can use them for cosmetics but also in foods. As an example, the Carrageenan from red algae seaweed is used as a thickener for ice cream but also to give yogurt, chocolate, salad dressing and ice cream its creamy texture.

The Green Algae brings us over 5,000 species, but these don’t contain any of the gelling or thickening properties of the red and brown seaweeds. They are used as wonderful food additives, but are best when dried.

Many of the health stores have added organic wild seaweed products, as the general population removes ourselves from the harmful chemicals that invade the products that we use. More manufacturers are also accomplishing research and replacing previously questionable additives with seaweed products.