Every year, the Environmental Working Group unveils a list called The Dirty Dozen, which consists of the top 12 produce items contaminated with the most pesticides. The list is determined using information from the U.S. Department of Agriculture combined with direct study of pesticide residue on fruits and vegetables. 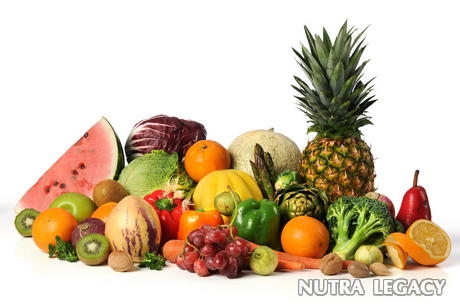 Besides being bad for the environment, pesticides have been shown to cause health concerns for both children and adults. Kids have experienced developmental problems after consuming pesticide-ridden foods, while these foods have also been tied to detrimental effects in the endocrine system.

Although evidence on the negative effects of pesticides has been controversial, the EWG believes in the importance of highlighting foods containing pesticide. Here are five of the most prevalent members of its “Dirty Dozen”:

1. Apples – The EWG claims that 99 percent of the apple samples it tested came up positive for pesticide residue, making apples the most pesticide-ridden fruit or vegetable on the market.

3. Nectarines – Although nectarines were only number eight on EWG’s list, the group says that all important samples of the fruit tested positive for pesticides.

4. Spinach – Spinach continues to be one of the highest-ranking pesticide-containing veggies, as it has appeared at number six on EWG’s list two years in a row.

In order to avoid consuming pesticide-containing food, EWG recommends to buy organic on all of these fruits and vegetables, or to simply skip them altogether, and buy one of EWG’s “Clean 15” instead—a list that includes onions, pineapples, cabbage, eggplant, and grapefruit as the cleanest fruits and veggies when it comes to pesticides.