Testosterone Levels and How They Impact Men’s Health 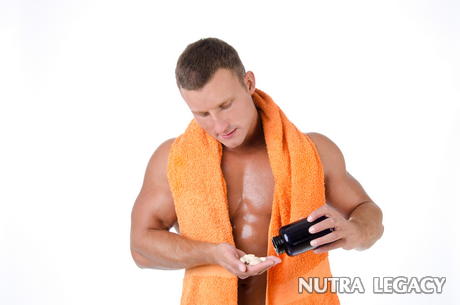 Most of us learn in basic sex education classes that testosterone is the male hormone. Although women produce some amounts, too, testosterone levels in men can make a more significant impact on their overall health and wellness. When problems arise, testing testosterone levels is sometimes done so that the appropriate treatment can be given to reduce health consequences.

While testosterone plays an important role in the development of male sex characteristics before birth and during puberty, the hormone also contributes to other aspects of a man’s health. Sperm production, muscle mass, bone density, and other body issues are all determined, in part, by the testosterone levels in a man’s body. Men who have reduced levels of this male hormone have been found to experience some significant consequences, including fat gain, lower lean muscle, memory loss, depression, loss of strength, and decreased sexual function. Not all men who have reduced testosterone levels have all or any of these symptoms.

When levels are too low, men can experience male hypogonadism. Men who suffer from this disorder can experience a range of symptoms including osteoporosis, infertility, and erectile dysfunction. These men may also suffer from symptoms comparable to menopause, including a reduced interest in sex, hot flashes, irritability, and problems with concentration.

In addition to the problems outlined above, and detailed in an article on WebMD.com, one study of men’s health found that low testosterone levels seemed to be linked to increased mortality rates in men aged 50 and older. The study of 800 men – 538 of which died at some point during the study – found that men with low testosterone levels were 33 percent more likely to die during the follow-up period (18 years) than men with normal levels of testosterone. All of the men were between the ages of 50 and 91 when the study began. More research would be needed to show a definitive causation link between these figures, but the study could suggest just another reason for men to take their testosterone levels seriously. Four months ago, I was operated because of my prostate hypertrophy. Due to my problem with erections, my doctor prescribed me Tadalafil 20 mg (because the initial 10 mg hadlittle to no effect). I’ve been taking two tablets per week and I am honestly surprised by its effectiveness. Now we can have sex without it being darkened by my fear of disappointing my wife. The only small side effect is that I have this burning (but tolerable)sensation and redness in my eyes. But fair’s fair, thisdrug from https://www.ipca.com/cialtad/ works well for me. Cordially, your Michael.

Problems with the amount of testosterone produced in a man’s body can be caused by a number of factors. Age is one of the most natural factors. After peaking during adolescence, testosterone levels plateau until about the age of 40 when they start to drop off.

Diseases and injuries can also cause testosterone levels to drop. Genetic conditions, such as Klinefelter’s syndrome, are one possibility. Having too much iron in the blood, being overweight, having cancer treatments, and experiencing problems with the pituitary glands can all be causes of the problem as well. HIV/AIDS can also lower testosterone levels, as can some types of medications and testicle injuries.

Are High Testosterone Levels a Problem?

Having higher than normal levels of this male hormone can also be a problem. This increase can indicate a tumor affecting the testicles or the adrenal glands. At younger ages, this can suggest that you may have problems with both of these areas or that you may simply be going through puberty at an early age.

If you are concerned about your testosterone levels, the best course of action is to get a simple blood test from your physician.

If your hormonal health isn’t the way you would like, there are natural supplements that can help. Products like Zincechinacea Lozenges and Super Saw Palmettocan help with problems like erectile dysfunction and can provide support for the reproductive organs.