Teenage Obesity – A Major Problem of the Modern Society 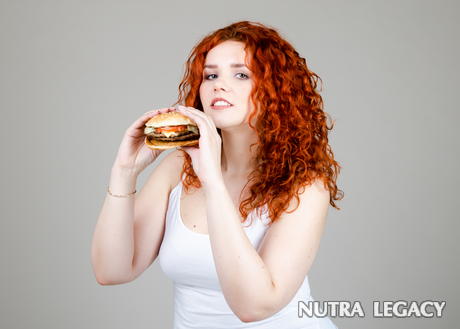 While modern society has brought us many amazing benefits, including antibiotics to treat life-threatening infections and new methods of cultivating food to feed an ever-growing population, it has also produced a serious health epidemic: teenage obesity.

The Growing Problem of Teenage Obesity

Children between the ages of 6 and 19 are gaining weight at unprecedented rates. Between 1999 and 2000, 15 percent were overweight. That number had tripled from the percentage just two decades earlier. So far in the 21st century, the rate of overweight children and teens has continued to climb drastically. Today, teenage obesity has reached the point where it is beginning to cause health problems in young people not normally seen until later in life.

Before discussing the risks of teenage obesity, parents need to understand how to determine whether or not their adolescent would fall into this category. The current way to medically assess your child’s weight is by looking at his or her body mass index (BMI). While set rates are used to determine normal BMI for adults, this is not the case for anyone under 20. Instead, their BMI is charted on a graph to compare them with other people of the same age. If your child has a BMI higher than 85 to 95 percent of other comparable teens, he or she is considered overweight. A BMI higher than 95 percent compared to other teens means your child is suffering from teenage obesity.

Of course you don’t have to head to the physician to determine if your child has a weight problem. Besides looking for the physical signs of excessive weight gain, you can look at the overall health of your child. For example, if your child gets short of breath by climbing a few stairs or doing normal physical activities, he or she may be considered overweight or obese. Teens that are inactive and complain of being tired are often overweight as well.

Just as being overweight can be unhealthy for adults, it can also be harmful to your child’s health. Teenage obesity, for example, can have a profound effect on growing bodies. Blount’s Disease causes the bones of the lower legs to deform because of the pressure of too much weight. Extra weight on a body starting from a young age puts more strain on the joints and can lead to early onset arthritis.

High blood pressure and cholesterol are also common problems associated with teenage obesity. Experiencing these problems at a young age can greatly affect the chances of developing heart disease at an earlier age. Type 2 Diabetes has also begun showing up in young people in larger numbers. Having high blood sugar as a teen can also increase damage to your body caused by the disease.

Treating the Problem of Teenage Obesity

The good news is that parents can take action to deal with teenage obesity. First, they can start improving the diet of the entire family by controlling portion sizes, eliminating fast foods, cutting back on saturated fats, and eating more balanced meals. Adding exercise as part of the daily routine, even if that exercise is just walking the family dog, can also help your teen shed pounds, increase his or her metabolism, and help prevent long-lasting health problems.