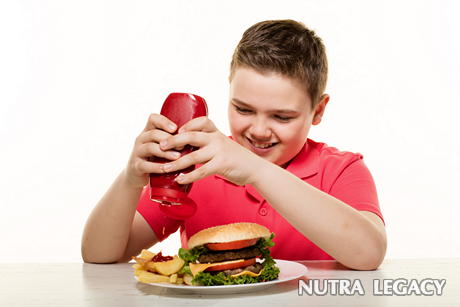 Peer pressure is a part of growing up. Many young children and teenagers all over are doing things they instinctively know are wrong. Peers apply psychological pressure steering “friends” into an area that is knowingly unacceptable. This can be a major source of conflict, because many age groups feel a need to fit in and conform. Many times it may seems easier to give in to peer pressure and do something you should not. In doing this, you gain social acceptance from your peers rather than stand up for what you know is right. It is important that all age groups, especially school aged children, understand how to stand up to peer pressure. Unfortunately, this problematic part of growing up starts in kindergarten and continues all the way through high school, may even continue into college. The time when peer pressure occurs most frequently is in high school.

Standing up to peer pressure can seem extremely difficult for your child, especially in the higher grades. Obviously, most teenagers want to be popular or at the very least accepted. Many fear being picked on or made fun of, so these feelings are eliminated by giving in to “peer pressure.” Talking to your teen about the importance of making the right decisions and ways to resist peer pressure will most likely let him or her know you are aware of the situation. Many parents tell their kids it is permissible to use Mom and Dad as an excuse not to go along. At a younger age, the pressuring peers will likely understand if your child says “no” based on the parents founding out. Parents should set rules for all age groups accordingly, and expect them to be followed. Have consequences for your child’s or your teenager’s actions, both good and bad, and reinforce the belief that your son or daughter is responsible for what they do. Most likely other parents are also establishing similar rules and speaking to their children on how to handle this age old problem.

There may be certain personality traits that can put your son or daughter at a higher risk of giving in to peer pressure. Common traits include low self esteem and a lack of confidence. Dealing with these factors may make your teenager more likely to look for acceptance from the wrong group. If your teenager is isolated or distant from the family or friends, the percentages are also more likely that they will give in to peer pressure because of a need for acceptance. Peer pressure can have serious consequences. For example, lets say a teenager goes along and does something “bad” having given in to the pressure applied and then ends up being charged with a crime, such as breaking and entering or theft. Peer pressure usually leads to bad choices such as smoking cigarettes, drinking alcohol, using drugs, and yes, committing crimes. It is important to help your family understand how to say no to peer pressure and feel good about themselves in doing so. Seeking the advice of a guidance counselor, minister, or doctor together with your teenager can help make a difference in how your son or daughter perceives themselves.

Handling peer pressure may seem hard, but it does not have to be. Parents can explain that they had to deal with peer pressure when they were teenagers and it is okay to say no or just walk away. Let them know it is okay to be upset and defiant if a peer is trying to talk them into doing something wrong. Reminding them that there is strength in having convictions and knowing right from wrong, and with the strength comes self esteem and confidence. Always take the time to listen to your teenage and really hear what they are telling you. Pay attention to more than just the words. Your teenager may speak louder with body language than with actually telling you what is going on. Understand that this is a difficult time and sympathize with them without giving approval of what is happening. Remind your teenager that you are always available and will come to their “rescue” in an emergency, even if they have made some bad choices. Do not be judgmental, instead be supportive. Reinforce that you believe in them, but that they still know and understand the consequences of their actions. Most teenagers know that you accept and love them no matter what, but they usually have a hard time dealing with emotions, good and bad. Children who know they are loved and accepted are much less likely to give in to peer pressure and make the wrong choices.