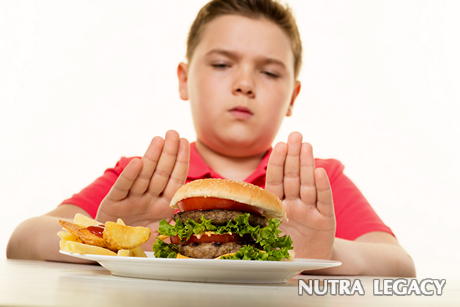 The news is full of reports about high blood pressure, increased rates of diabetes, and development of more joint and growth problems because of obesity. However, many of these reports are focusing on the youngest members of society. Obesity in American children has skyrocketed in recent years and is threatening the next generation with momentous physical and emotional health risks. Thankfully, this problem can be prevented if more people recognize the severity of the problem, its causes, and some important steps that can be taken in the right direction.

The statistics of childhood obesity are enormous. Since 1980, the Centers for Disease Control and Prevention (CDC) has found the rate of obesity among children between 6 and 19 years of age has tripled. For preschoolers, the rate has doubled. Even a large number of children who are not currently classified as being overweight are at risk. Another CDC study found that 15% of kids under 19 were at risk of becoming overweight.

While being obese has a child can lead to the early onset of health problems, it can also be a tremendously powerful risk factor in the development of adult obesity. The majority of overweight teens do not lose weight as they get older. In fact, about 70% of them will continue to be overweight or obese as adults. If their parents were also heavy, the risk goes up another 10%.

One of the most startling statistics of all is that about one-third of all children between the ages of 4 and 19 are eating fast food for at least one meal every single day. With those types of nutritional habits, it is obvious why childhood obesity is becoming such a serious problem. Fast food is notoriously high in saturated fat and calories while being relatively low in nutritional value. Plus, fast food eaters tend to not have very balanced diets so they are not going to be getting the vegetables, fruits, fiber, and other foods they need to fight back against these bad habits.

Another cause is the lack of activity. Today, children are sheltered in their homes instead of being encouraged to go outside and play. Fewer children walk to school and more schools are cutting out recess as well as mandatory gym classes which further reduces time for exercise.

Lifestyle changes within individual families are the best way to combat the problem. Improving diet and increasing exercise levels can make a tremendous impact on kids. Parents need to realize that the health habits they learn now are going to follow them into their adulthood. Setting a good example is a great choice, even overweight parents who start working towards dropping pounds and reducing their sedentary habits can help their children.

At a broader level, parents can being petitioning their schools to bring back mandatory gym classes and to ensure that each child in the school is receiving some type of exercise every day.

3 Responses to “Hidden Threat of Obesity in American Children”