Teen Pot Smoking: Dumbing Down Their Brains for Life

A long term study involving decades of research and over 1,000 patients in New Zealand is showing some astounding results on the topic of marijuana smoking in the early teen years. Those that are heavier pot smokers in the adolescent years, smoking at least four times per week, showed a loss of eight points in their IQ, when measured from ages 13 through 38. 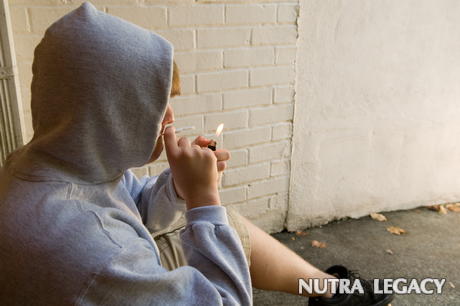 The heavier pot smokers showed an overall lowering in overall brainpower and involved general intelligence as well as memory and seemed to be longer lasting as compared to the control study group of non-pot smoking teens.

In essence, the earlier a teen starts smoking pot and longer the habit continues the more the brain will exhibit a lowering of concentration, memory abilities and intellectual IQ. Those that started to smoke marijuana in later years seem to show only effects from recent smoking amounts.