Iron Carries Oxygen in the Body 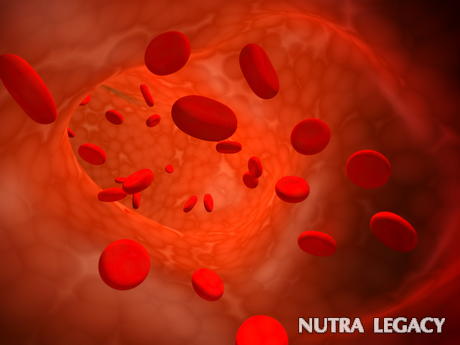 For over a century, Iron has been known as an essential mineral for the human body. The main function of iron is to carry oxygen in the body. It is a constituent of blood in hemoglobin and also forms part of myoglobin which is found in muscle tissue. It also helps the immunity system to function and assists with temperature regulation, cognitive development, work performance and energy metabolism. A large percentage of the iron in the human body is conserved and reused. The remaining 10% is excreted. In order to keep a healthy iron balance within the body, ingested iron must meet the 10% shortfall caused by excretion, otherwise an iron deficiency may result.

Non heme iron is derived from plant sources as well as some elements in animal tissues. Non heme iron is more difficult for the body to absorb, although the amount of absorption will often depend upon the body’s requirement for iron i.e if stores of iron are low, the body will absorb more. Good non heme sources of iron include: beans, cooked spinach, nuts, eggs, flour and fortified breads.

The foodstuffs that supply the most iron in the United States include breads, fortified cereals, cookies, cakes, pasta, doughnuts, poultry, dried beans and lentils. Foods that contain relatively small quantities of iron (such as dried fruits and legumes), are not thought to be good sources of iron in themselves, but if they are eaten in large amounts, they can add a significant quantity of iron to a person’s diet.

White rice, most breads and pasta tend to be made from refined flours. The refining process can mean that nutrients are lost, and therefore these products are enriched with iron to put this important mineral back into the food. For similar reasons, niacin, riboflavin and thiamin are often added as well. Most cereals which are ready to eat are fortified with iron. A fortified cereal can contain up to 30% of the U.S. recommended daily allowance (RDA) for iron in a portion.

The amount of iron that the body is able to absorb varies according to the source. For example, the iron in poultry, fish and meat is absorbed more easily than the iron from some other foods. In addition, the body can decrease or increase iron absorption according to iron requirement. The body is more efficient at absorbing iron when iron stores are depleted, for example during pregnancy, or periods of growth. Vitamin C can also increase iron absorption. Substances that can have an adverse impact on iron absorption include coffee, tea, or red wine. Also an excessive amount of the following minerals can hamper iron absorption: manganese, zinc or calcium.

Deficiency in iron can lead to anemia, is a condition which is caused by a reduction in the number and size of red blood cells. Anemia may result from blood loss, or an inadequate intake of iron.

If too much iron is absorbed, toxicity can result. This may be caused by hemochromatosis, which is a rare hereditary condition. It can cause excessive iron absorption. Excessive iron in organs and tissues can lead to tissue damage, and specifically damage to the heart and liver.

One Response to “Iron Carries Oxygen in the Body”