Pros and Cons of a High Carbohydrate Diet 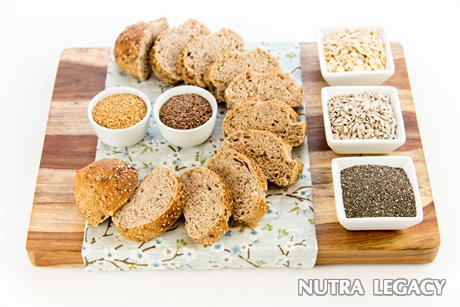 Recently, a great deal of attention has been paid to high carbohydrate diets, specifically that they usually result in obesity or weight gain. A new diet on the scene boldly contradicts this commonly held diet belief. It’s called the Bread for Life Diet and it claims that eating foods not low, but high in carbohydrates, is the key to losing weight and keeping it off.

A general concept for weight loss is that expended energy in a set period must exceed the caloric intake equivalent. Basically, if more calories are being burned than are consumed, a body will be forced to lose weight.

But is a diet high in carbohydrates an effective means for weight loss?

The Bread for Life Diet

This is quite the idea reversal when compared to the popular Atkins Diet, which attributes its weight loss results to a low carbohydrate, high protein diet.

In general, most Western diets are usually high in carbohydrates, so high that virtually every meal causes substantial insulin production. If excess calories are not burned off, they will be stored in the body as fat.

The Cons of a High Carbohydrate Diet

A quick Google search shows that there are some medical considerations to be taken into account before starting a high carbohydrate diet.

Two studies, both conducted in Mexico, indicate a possibility of increased risks of pancreatic and breast cancers.
(Details of the first study can be found in the Journal of the National Cancer Institute, 2002; 94:1293-300.)

Mexico was chosen for these studies since dietary patterns there are often characterized by higher consumption of carbohydrates and lower intake of fat and animal proteins than those in more affluent Western countries.

Researchers speculate that impaired glucose tolerance may be to blame for these increased risks and that insulin may act as a growth factor for pancreatic cancer. The second study, carried out by a team of researchers from the Instituto de Salud P·blica in Cuernavaca, Mexico and the Harvard School of Public Health in Boston, also linked a diet high in carbohydrates to an increased risk for breast cancer. In this case control study of 1,866 women, it was found that those who received 57 or more percent of their total energy intake from carbohydrates incurred a risk of breast cancer 2.2 times greater than the women with more balanced diets.

These conclusions indicate that the link between carbohydrates and breast cancer may be related to elevated levels of insulin, insulin-like growth factor and binding proteins in the blood.

The Pros of a High Carbohydrate Diet

In a study of people who followed a diet high in carbohydrates, consisting of about 63 percent carbohydrates, 20 percent fat and 17 percent protein, the dieters lost, on average, 6 kilograms each over a 12-week period.

A diet high in carbohydrates is also useful for people with specific medical conditions. For example, those who suffer with acute porphyria, a disorder that affects the nervous system, are recommended to eat a diet consisting of 50 to 70 percent carbohydrates.

Another benefit to this diet is that foods high in carbohydrates, such as bread, pasta and rice, are often the most cheaply priced food items. Food items high in protein are often the highest priced.

No Responses to “Pros and Cons of a High Carbohydrate Diet”