So, this is how it works. You’re perusing the aisles of your local grocery store desperate to find a protein source that comes without the heavy baggage and guilt of red meat. Chicken and turkey are the most obvious and accessible choices, but chicken is more versatile, so you go with that. Before throwing the packaged carcass into your shopping cart, you marvel at the dense weight and healthy color of your future meal. The mouth-watering appearance must be due to advances in chicken farming over the years, right? 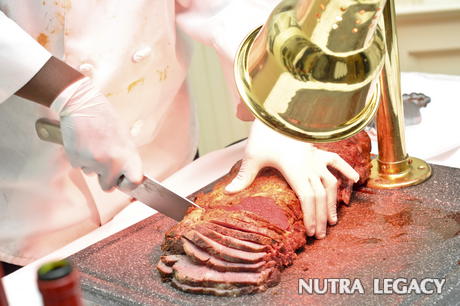 Wrong. The enhanced color and weight of meats like chicken, turkey and pork stem from three arsenic-containing drug types used as additives in animal feed. The Center for Food Safety argues that the arsenic is directly toxic to animals and humans, and can be transformed into a form that is cancer-causing inside chickens, in manure-treated soil and in humans. In other words, the practice is just another perk of living in postwar, postmodern America. We’ve been giving our farm animals doped-up feed since the 1940s, and inheriting all the potential side effects along the way … until now.

The Food and Drug Administration (FDA) recently announced that it will remove three arsenic-containing drug types used to treat food animals, most notably chickens. This removal comes on the heels of a study performed with rice. It turns out that there is arsenic in rice, but the FDA assures us that the amount shouldn’t concern most consumers.

So, if this nasty livestock habit has been around for more than six decades, why has it taken so long for the FDA to take action? Well, according to thedailygreen.com, “They had already ‘largely removed’ them [arsenic-containing drugs] from the market after studies showed arsenic in the food supply, according to Center for Food Safety, but this FDA decision formalized the decision.”

The result of this decision is a total elimination of arsenic from animal feed (except for one drug that is used to treat a potentially fatal disease in farm turkeys). The manufacturers of the three drugs indicated to the FDA that they wanted the approvals withdrawn after receiving questions about arsenic in the food supply from the FDA, prompted by the Center for Food Safety’s 2009 petition to remove arsenic from animal feed.

“The withdrawal of these harmful feed additives is a major victory for consumers and the health of our food system. It is unfortunate that legal pressure from outside groups was necessary to spur action by FDA, yet in the end, we are pleased that FDA listened to our scientific objections and is now working to rid arsenic from our meat supply,” said Paige Tomaselli, senior attorney with Center for Food Safety.