Technology takes one step forward everyday. Now, we can actually measure the aging process in our fellow humans without having to address traditional and external factors such as wrinkles, gray hair, liver spots, etc. Like counting the rings on a cross-section of a giant tree, humans can now monitor the rate at which they are aging thanks to telomeres – DNA sequences at the end of chromosomes. As cells replicate and age, the length of these telomeres shortens until the cells are consumed and destroyed (apoptosis) by chronic inflammation and/or oxidative stress. Perhaps Stephen Daniells, author of “Multivitamins linked to younger ‘biological age’: Study” published in the American Journal of Clinical Nutrition can explain better. 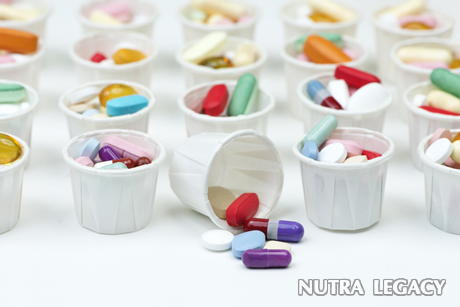 “The ageing and lifespan of normal, healthy cells are linked to the so-called telomerase shortening mechanism, which limits cells to a fixed number of divisions. During cell replication, the telomeres function by ensuring the cell’s chromosomes do not fuse with each other or rearrange, which can lead to cancer. Elizabeth Blackburn, a telomere pioneer at the University of California San Francisco, likened telomeres to the ends of shoelaces, without which the lace would unravel.”

The inevitable question here is ‘Can preserving telomere length through multivitamins and dietary micronutrients eventually lead to anti-ageing, or at least fight off chronic disease?’ and that’s exactly what researchers at the National Institute of Environmental Health Sciences attempted to answer. Led by Honglei Chen, MD, Ph.D. the experiment involved 586 women aged 35 and 74 and a 146-item questionnaire about their multivitamin and nutrient intake. The Sister Study showed a positive relationship between telomere length and intakes of vitamins C and E (known for being antioxidants and protecting telomeres in vitro). More specifically, telomeres were on average 5.1 per cent longer for the more avid multivitamin users. Of course, the general assumption is that these women probably exercise more and eat balanced diets as well.

Although it looks promising, this evidence is merely preliminary – a good start for the time being. Dr. Chen’s study is the first of its kind and there will be more in the future to be sure. He said it himself.

“Further investigations would be needed to understand the role of multivitamin use and telomere length and its implication in the etiology of chronic diseases.”