Inadequate intake of zinc, vitamin B6, iodine, vitamin B12 and folic acid during early life may impair nervous system development and permanently alter function and behavior. Deficiencies of folic acid and vitamin B12 cause defects in red blood cell production and function, which can lead to a reduction in the amount of oxygen reaching the brain. This can lead to fatigue, depression and mental problems. 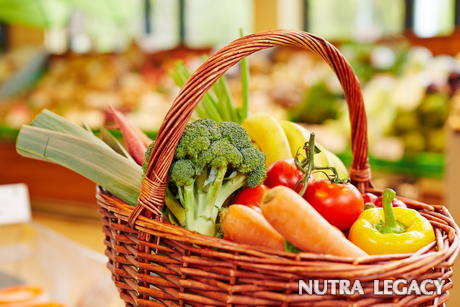 Serotonin is manufactured in the brain from the amino acid, tryptophan with the help of vitamin B6, vitamin B12 and folic acid. Thus serotonin levels are related to the availability of tryptophan and these vitamins.

While virtually any vitamin or mineral deficiency can affect mood, and many depressed people show signs of nutrient deficiencies,. Researchers involved in a 1991 study measured the B complex vitamin status at time of admission of 20 geriatric and 16 young adult nonalcoholic patients with major depression. Twenty-eight per cent of the patients were deficient in riboflavin, vitamin B6, and/or vitamin B12. However, the degree of vitamin deficiency did not appear to be related to the severity of the disorder.1
In a randomized placebo-controlled study published in 1992, researchers at Harvard Medical School assessed the effects of 10 mg each of vitamins B1, B2, and B6 in 14 geriatric inpatients with depression who were taking antidepressant drugs. The results showed that those patients taking the vitamins showed greater improvement in scores on ratings of depression and cognitive function when compared with placebo-treated patients.2

Thiamin
Thiamin plays an important role in nerve function and release of the neurotransmitter, acetylcholine, which affects several brain functions. Thiamin deficiency can lead to depression, psychosis, apathy, anxiety and irritability. Alcoholics and binge drinkers are especially prone to thiamin deficiency as alcohol depletes body stores. Thiamin has been used to treat some of the symptoms associated with alcohol abuse; such as the reduction in certain brain chemicals involved with memory and thought processes.

In a study done in Wales in 1997, researchers gave 120 young adult women either a placebo or 50 mg thiamin, each day for two months. The women were not thiamin-deficient. Before and after taking the tablets, mood, memory and reaction times were assessed. The women taking the thiamin reported that they felt more clearheaded, composed and energetic.3

Riboflavin
Riboflavin is essential for the proper development of nerves and blood cells, iron metabolism, the activation of vitamin B6 and the conversion of tryptophan to niacin. Deficiency may contribute to depression.4

Niacin
Niacin deficiency leads to anxiety, depression, insomnia, and eventually dementia. Niacin may exert beneficial effects due to increases in levels of the amino acid, tryptophan, which is a building block for both niacin and serotonin. Niacin supplements have been used with tryptophan to treat depression and some researchers report improvement in symptoms.

The psychiatric symptoms of the niacin deficiency disease, pellagra resemble the symptoms of schizophrenia and large doses of niacin have been used to treat schizophrenia. Studies have shown mixed results.

Vitamin B6
Vitamin B6 deficiency can cause the mental symptoms of irritability and depression. Vitamin B6 is vital for the healthy development and function of the nervous system. It is necessary for the conversion of tryptophan to serotonin, and even a marginal deficiency may affect neurotransmitter levels.

Vitamin B6 deficiency is often found in depressed people and several studies have shown that mood improves when vitamin B6 supplements are given. As estrogen may suppress vitamin B6 metabolism, supplements may be beneficial for pregnant women, and for those on the contraceptive pill or hormone replacement therapy (HRT) who suffer from mood swings and depression. Vitamin B6 is also used to treat stress conditions.

Folate
Folate deficiency leads to confusion, forgetfulness, insomnia, irritability, depression and mood changes. It is often seen in those affected by psychiatric disorders, particularly depressive illness, and may play a part in causing or aggravating psychiatric disturbances.

Borderline low or deficient folate levels have been detected in as many as 38 per cent of adults diagnosed with depressive disorders.5 Low folate levels have also been linked to poorer response to the antidepressant drug, Prozac. In a study published in 1997, researchers examined the relationships between levels of folate, vitamin B12, and homocysteine in 213 depressed patients taking Prozac. The results showed that people with low folate levels were more likely to have melancholic depression and were significantly less likely to respond to the drug.6 Folic acid supplements may improve mood in depressed people, especially those who are taking drugs which interfere with folic acid metabolism.

Vitamin B12
Vitamin B12 deficiency eventually leads to a deterioration in mental functioning, to neurological damage, and to a number of psychological disturbances including memory loss, dementia, moodiness, confusion and delusions. Vitamin B12 is involved in the manufacture of myelin, the fatty sheath protein which insulates the nerves. It is also essential in the formation of neurotransmitters and in the normal functioning of blood cells.

Vitamin B12 deficiency is more common in the elderly than in younger people, with around 15 per cent of elderly men and women affected. Supplementation can prevent irreversible neurological damage if started early, and have been shown to improve mental function. Elderly people with vitamin B12 deficiency may show psychiatric or metabolic deficiency symptoms even before anemia is diagnosed. Screening for low vitamin B12 levels is necessary in elderly people with mental impairment, although it has also been found that deficiency states can still exist even when blood levels are higher than the traditional lower reference limit for vitamin B12.

Iron
Iron deficiency is associated with fatigue and depression and has also been implicated in emotional, social and learning difficulties in children and adults. Iron is also involved in the production of several brain neurotransmitters.

Selenium
Selenium supplements may improve mood and reduce anxiety, fatigue and depression in those whose intake is low. A 1996 study done at the USDA Human Nutrition Research Center in San Francisco suggests that people with low selenium levels might experience depressed moods, supporting the idea that selenium plays a special role in the brain. However, the study did not find improvements with selenium supplementation in people eating a typical American diet.