Many baby boomers and their children can remember a time when a glass of milk came with every meal. And, a large percentage of those kids were prohibited from leaving their respective dinner tables until the milk…and the contents of their plates were gone. There’s a host of questionable, obsolete parenting tactics implicit in this old guard set-up, but for now, let’s focus our attention solely on the pervasive problem of American milk consumption. 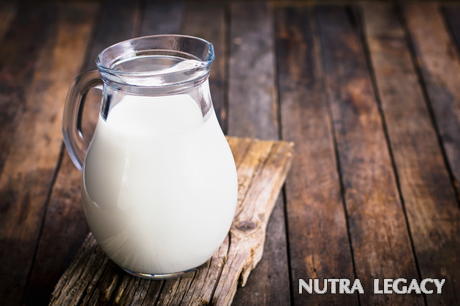 The ongoing misconceptions about milk, especially in this day and age, can actually lead to a number of negative health issues. As recently as 2001, the average American child consumed about 104 quarts of cow’s milk.This excessive intake wouldn’t be such a major problem if modern incarnations of the drink weren’t so processed. The last 100 years have seen the product get pasteurized, homogenized and increasingly artificial. Sugar gets put into the mix amongst other additives, not to mention whatever antibiotics and growth hormones are injected into the cows. The result is an inferior product with several side effects including everything from empty calorie intake and mucus build-up to decreased bone strength and even a higher risk of fracture.

The mistake was an easy one to make for early Southwest Asians during the Neolithic Revolution circa 9000 BC. They had just learned to exploit and domesticate animals for their meat, hair and labor. Dairying became the next logical step. After all, we are mammals, and we need our mother’s milk. However, trouble arises when we humans consume and digest the milk of another species. Just as breast milk is meant for babies…cow’s milk is meant for calves and so on. Ignoring this can actually lead to one’s calcium depletion, and therefore, weaker bones.

According to an article by Vivian Goldschmidt on saveourbones.com, “Here’s how it happens. Like all animal protein, milk acidifies the body pH which in turn triggers a biological correction. You see, calcium is an excellent acid neutralizer and the biggest storage of calcium in the body is – you guessed it… in the bones. So the very same calcium that our bones need to stay strong is utilized to neutralize the acidifying effect of milk. Once calcium is pulled out of the bones, it leaves the body via the urine, so that the surprising net result after this is an actual calcium deficit.

Several popular alternatives to dairy are now catching on. These milk substitutes include rice, soy and almond milk – a delicious and alkalizing product that’s now available in most major supermarkets. If, for whatever reason, you can’t live without real milk, it is always best to go with whole milk. This may be contrary to popular belief, but in this case, it the least tampered with and the lesser of the three evils. As a general rule, you always want to consume the product that is closest to what nature produces. With low-fat and skim, you’re getting less substance out of an already processed food. Perhaps the best course of action for die-hard milk lovers or people with soy/nut allergies is good old-fashioned moderation. In other words, save the hard stuff for treats like cereal, smoothies or the occasional milkshake.