Stem Cells and a Bun

August 2013 saw the world’s first “grown” stem-cell burger cooked and taste-tested in London. The brainchild of Maastricht University’s Mark Post, the burger was made of 20,000 small strands of meat grown from a cow’s muscle cells and took three months to create. With a price tag of $330,000, thanks mostly to an anonymous donation, Maastricht University’s Mark Post synthesized the stem cell burger out of 20,000 tiny strands of meat grown from cow muscle. 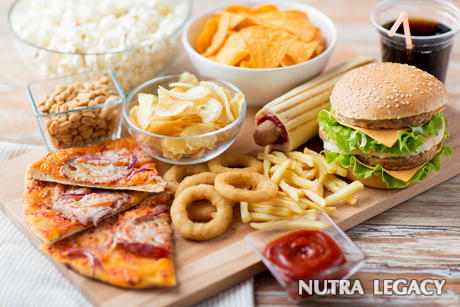 Post unveiled his brainchild at the Riverside Studios in Hammersmith in front of more than 200 journalists and guests.Post and his team of scientists and chefs presented their project as a prototype of sorts – grown food that could serve as a model for mass production despite dwindling resources and feed the growing population.

After four years of research and three months of trial and error, the final recipe includes the cultured beef, breadcrumbs, egg powder, saffron and red beet juice for color. Chef Richard McGeown then fried the patty in sunflower oil and butter.

According to Stephanie Ott’s recent article on CNN.com, “Two volunteers got to taste the five ounce (142g) burger, which was presented on a plate with a bun, salad and some tomato slices. After having the first bite and chewing thoughtfully many times, HanniRutzler, an Austrian food trends researcher, said: ‘I expected the texture to be more soft — it’s not that juicy. It’s close to meat but it misses salt and pepper.’

The second volunteer to taste it agreed that the burger was missing something. Josh Schonwald, a Chicago-based author who writes about the future of food, said: ‘It has a familiar mouth-feel to real meat. The flavor is different though. It misses fat.’”

Experts, pundits and laypersons are split on this semi-synthetic burger idea and haven’t hesitated to express it throughout the blogosphere. Regardless of where you fall of the carnivore/omnivore sliding scale, this isn’t fine dining – especially in the wake of the foodie generation’s ‘gourmet burger’ craze, which has seen the implementation of meat patties on many otherwise luxurious menus across the globe. This stem cell breakthrough is more about survival.

As the population grows continuously, food and water shortages become serious threats. According to the Food and Agriculture Organization of the United Nations, meat consumption is expected to climb almost 73 percent by 2050. Post has this to say.

“I think most people don’t realize that the current meat production is at its maximum. We need to come up with an alternative.”

Post and his backers hope to have their cultured beef burger available in major supermarkets before the symptoms of that looming food crisis are felt – in the next decade or two. The obvious upside to this plan is the decrease in environmental risk factors and animal cruelty. However, there are also several detractors – although the cons may be more abstract. For starters, who really wants to eat this way?

You tell us. Please feel free to write in to nutralegacy.com and share your thoughts about the world’s first stem cell burger.