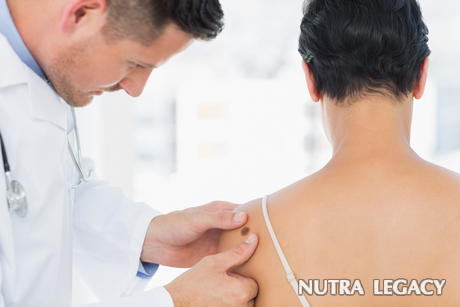 Melasma, sometimes referred to as a pregnancy mask, is a skin condition in which parts of the facial skin darken into noticeably darker patches. These patches commonly appear around the nose, forehead, cheeks, and lips. While the condition is not life-threatening, most patients would prefer to have their skin pigmentation return back to its normal state. Thankfully, there are melasma treatment options available to make that happen.

As described above, melasma is primarily a condition of facial discoloration. About 90% of people who develop this problem are women, and the condition is most common among people who have darker skin naturally, including people from the Middle East, India, and Asia.

The medical community has no clear idea of what causes the problem, although it does seem to have a genetic component and may be connected to hormonal changes hence the reason it commonly develops during pregnancy. What is known is that the condition is worsened by exposure to ultraviolet light which further prompts the release of melanin (the darkening agent in the skin) in those affected areas.

Generally, the first round of treatment for melasma is going to involve a combination of bleaching creams and sunscreen. Because sun exposure worsens the condition, it is imperative to use a strong sun block so the bleaching cream will be able to do its work. Most physicians would recommend a product with a minimum SPF of 30.

There are a wide array of bleaching creams that can be chosen for patients. Many of these contain hydroquinone or tretinoin. Some of the products available today combine both the bleaching agent and the sunscreen which makes it a valuable tool for treatment.

You will usually need to stay on this course of treatment for an extended period. Bleaching agents do not produce results overnight, and your dermatologist will want to ensure that this does not work before moving onto more costly treatment options.

If this melasma treatment does not provide adequate results, a chemical peel or microdermabrasion treatment might be called for instead. With both of these treatment methods, the upper layer of the epidermis is removed so that fresh new skin will grow to replace it. Because this skin has not been exposed to the sun, it will not have the same hyperpigmentation that affected the removed layer. The difference between the treatments is in how they remove that layer. With a chemical peel, acids are applied to the skin which burn away the upper layer. With microdermabrasion, small crystals are used to rub away that layer. Both cause mild discomfort and can be completed in the office of your dermatologist.

Laser treatments intended to reduce the pigmentation in the skin are also sometimes used but generally only as a last resort.

Unfortunately, the results of chemical peels, laser surgery, and microdermabrasion as melasma treatment options are not guaranteed. In some cases, the procedures actually make the hyperpigmentation worse by aggravating the skin. That’s why most dermatologists prefer to give the bleaching creams time to do their work before resorting to these more drastic but faster acting efforts.

3 Responses to “Methods of Melasma Treatment”