For those of you who may not know, Crohn’s disease is a serious intestinal disorder promoted by a defective immune system. The immune response to microbial bacteria in the intestines is, well, just not up to snuff, and the result is an incurable and often socially inconvenient (to say the least) problem for about one in every 400 people. With no cure, patients with Crohn’s disease are left with three basic options: relieve symptoms, control inflammation and prolong remission time. However, researchers at McGill University and the Université de Montréal discovered not long ago that introducing an increase of vitamin D into the equation may help maintain the right kind of immune function to combat the microbial bacteria mentioned above. 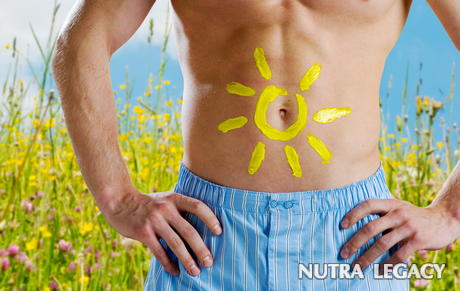 Basically, this team of Canadian researchers studied the effects of the active form of vitamin D, known as 1,25-dihydroxyvitamin D (1,25D) on beta defensin 2 gene and NOD2 gene. These two genes are vital for producing antimicrobial proteins and alerting the body to invaders. They can also become defective or depleted and vitamin D turned out to be handy in switching them back on.
According to Canadian research team, “There has been some debate as to whether vitamin D deficiency plays a causative role in Crohn’s disease or is merely a consequence of intestinal malabsorption,” wrote the researchers. “Our observation that 1,25D signaling is a direct inducer of NOD2 expression argues strongly that vitamin D insufficiency/deficiency does play a causative role in the prevalence of Crohn’s disease.

“The genetics of Crohn’s disease demonstrate that NOD2 insufficiency contributes to development of the disease,” they added.

Professor John White from McGill, and lead author of the study, added that a perk to their cell study was that it could be quickly put to the test. “Siblings of patients with Crohn’s disease that haven’t yet developed the disease might be well advised to make sure they’re vitamin D sufficient. It’s something that’s easy to do, because they can simply go to a pharmacy and buy Vitamin D supplements. The vast majority of people would be candidates for Vitamin D,” he added.

According to www.nutraingredients.com, “While our bodies do manufacture vitamin D on exposure to sunshine, the levels in some northern countries are so weak during the winter months that our body makes no vitamin D at all, meaning that dietary supplements and fortified foods are seen by many as the best way to boost intakes of vitamin D.”