Gallstones have traditionally been found in older adults and have associated with being overweight. There are alarming reports of gallstones for teens in the United States, and the problem seems to be getting worse. 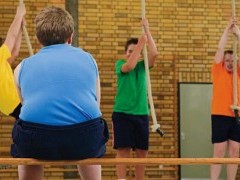 The problem of overweight children in America has been increasing over the last number of years, with many local and state governments stepping in as well as school lunch programs and snack choices being revamped.
A study accomplished by Kaiser Permanente reviewed gallstone reports in over 500,000 children in the State of California, ages ten through sixteen. Girls that were categorized as extremely obese were found to be eight times more at risk for gallstones than their non-overweight counterparts. If they were slightly obese, they still carried the risk of getting gallstones at six times the non-obese girls.