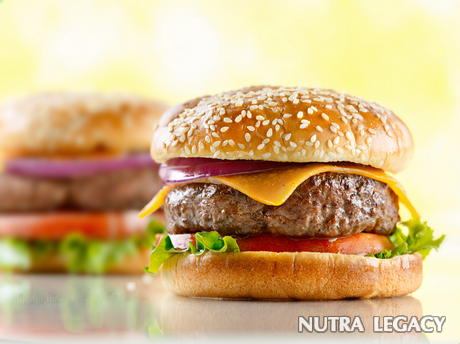 The news today is full of statistics about how the United States and many other Western countries are becoming increasingly overweight. As a result, health problems associated with excessive weight are also skyrocketing, including tremendous jumps in diabetes and heart disease. Some researchers believe the cause of this epidemic is a link between fast food and obesity.

This link between fast food and obesity may be most prevalent in the youngest members of the societies in question. One-third of children between the ages of 4 and 19 are eating fast food once every day. A study conducted by Dr. David Ludwig at the Boston Children’s Hospital estimates that those rates of fast food consumption will add an extra six pounds to each child every year. Obviously such an increase could lead to obesity. As of 2003, approximately 15 percent of children under the age of 18 were classified as obese.

Another reason to worry about fast food and obesity in children is that research surveys have found that children who eat a significant amount of fast food rarely eat other foods, foods that are good for them like vegetables and fresh fruit.

Before 2003, no studies had ever been conducted to scientifically show a link between fast food and obesity increases. That same year, a study of adults between the ages of 18 and 30 living in metropolitan areas uncovered some surprising facts. For one, white adults who consume fast food at least two times each week will increase their risk for obesity by 50 percent or more. They will also double their risk of having problems controlling glucose production, which can lead to the development of diabetes.

Anyone who has looked at the ingredients list on many fast food items is probably not going to be surprised by the above findings. After all, the average caloric value for an extra-large fast food meal is about 1,600 calories. Surprisingly, the food items chosen by the people in the study mattered little, such as whether they preferred hamburgers over chicken nuggets; they were still consuming large quantities of saturated fat and calories.

As with children, adults who eat the largest amounts of fast food are often neglecting important parts of a balanced diet. A study of 9,000 adults by the United States Department of Agriculture (USDA) found that one-third received most of their calories from fast food; their diets were also almost completely devoid of milk, fruit, and important vitamins and minerals. High levels of fast food consumption are also correlated with high levels of sugar, fat, carbohydrate, and protein consumption.

Reason for the Fast Food and Obesity Link

Some researchers are now trying to explain why so many of us – adults and children alike – are being compelled to eat fast food; something we know is not good for us. One idea comes from the fact that our early ancestors had preferences for salt and fat, which were difficult to come by during the hunter/gatherer days. These preferences still exist in us today and the availability of these items by means of countless drive-thru windows at all hours of the day only makes it easier to get caught up in the fast food craze.