Hormonal Imbalance: What Are The Main Reasons? 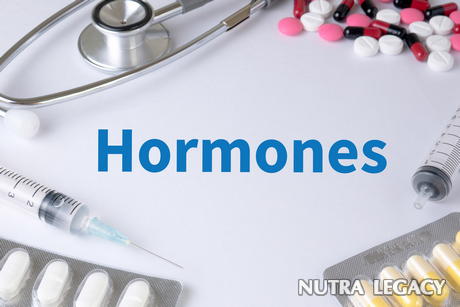 Although hormonal imbalance can affect men, it’s much more common in women. The consequences of this imbalance in levels of estrogen and progesterone can alter mood, lead to unwanted hair growth, and can reduce fertility levels. Understanding the causes of such an imbalance can help improve the chances of treating the condition appropriately.

The Importance of Hormones

Women produce estrogen and progesterone steadily between puberty and menopause. Both types of hormones are produced and released in even amounts ideally. However, estrogen production can sometimes increase causing too much to be present in the body compared to levels of progesterone.

Because hormones influence a great deal of activity in a woman’s body, this hormonal imbalance can lead to a wide-range of problems, including depression, the growth of facial hair, difficulty conceiving a child, fatigue, and more.

Causes of the Imbalance

Although some argue that chemicals and pollution are responsible for many cases of hormonal imbalance in women, the medical evidence does not support these claims. Instead, most of the imbalances can be traced back to diseases, genetics, or lifestyle choices. For example, conditions such as polycystic ovary syndrome (PCOS) have been linked to a family history of the disorder.

Medications can also play a role. Oral contraceptives can sometimes cause an imbalance in the hormone levels because the pills contain female hormones. Antibiotics, liver medication, and pain relievers can sometimes upset the balance as well. Health conditions, including yeast infections and a family history of cardiovascular disease, can put women at a greater risk of developing an imbalance.

Lifestyle choices seem to play a major role in these imbalances, as well. Certain foods, such as saturated fats and caffeine, can throw off the balance between estrogen and progesterone in the woman’s body. Some evidence suggests the antibiotics and hormones given to cows and ingested by humans through dairy products and beef may also cause hormone changes in women. High levels of stress and low levels of exercise can also contribute to the problem.

Polycystic ovary syndrome (PCOS) is one of the most common causes of hormonal imbalances with 10% of women in the United States suffering from its symptoms. Irregular menstruation, facial hair growth, high levels of male hormones (androgens), obesity, and infertility are common symptoms of this condition.

The most common hormonal imbalance treatment is hormone therapy. With these methods, the patient is given hormones to even out the levels in the body. For mild cases, oral contraceptives can be used to stabilize hormone levels. However, this does not help if the woman is trying to become pregnant. Synthetic hormones are also available in other forms and may not interfere with fertility.

For women suffering from PCOS, oral contraceptives are often used. However, medications can also be given to suppress androgens in the body (to stop the growth of facial hair) and to stimulate ovulation so eggs will be released. A type of surgery can also be used to stimulate ovulation but this is rarely done and would be considered a last resort.

5 Responses to “Hormonal Imbalance: What Are The Main Reasons?”