While the United States government may do a lot to their credit, there are some things that they do that not only leave you scratching your head and saying “really?” but also may smack of a hidden agenda. One of the more recent blunders of the Environmental Protection Agency is to declare that common cattle hay is a pollutant. 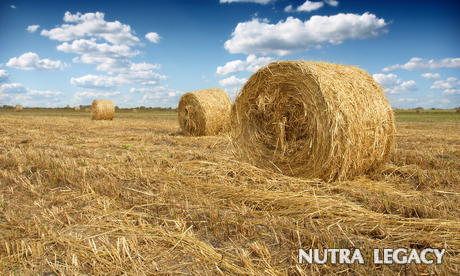 The hay-news was actually confirmed at the annual 12th R-CALF Rapid City, South Dakota convention. It was confirmed that common cattle hay has officially been allocated as a pollutant. The equates to the fact that every farmer, cattle rancher or anyone that stores cattle hay or leaves any kind of bale open in a field is in violation of the Environmental Protection Agency rules and will be subject to a disciplinary action.

One might ask the overwhelming and elephant-in-the-room question: why? One of the reasons in theory is that the government is siding with the conglomerate corporate operations that are run by the uber operations. One of the attending members of the above mentioned convention was a former cattle rancher. When he exposed illegitimate practices in buying of some of the country’s biggest beef packers, the ostracized situation caused him to go out of business.

There is a common belief that the United States government is partnering with the beef packers to complete the job of pushing the smaller beef and cattle farmers out of business. This theory may have substance since the Environmental Protection Agency doesn’t seem to be holding the larger corporate beef packing entities under the same rules and guidelines as the smaller farmers. According to R-CALF USA, approximately forty five small to the mid-sized level family cattle farmers and operations have been forced to close from 2008 to 2010. However, it may be noted that the larger feedlot companies have indeed expanded with the results rising to these larger entities owning and feeding approximately twenty five percent of all of the U.S. cattle.

This is an absolute travesty for the small cattle and beef companies of the United States. A government that touts the promotion of small businesses as the ‘back bone’ of the country is quietly and slyly pushing these same family owned operations out of business. The Environmental Protection Agency is not ‘protecting’ but damaging a mainstay of Americana and encouraging the large corporate conglomerates to move in, take over and reaps the profits off of the backs of the people. One has to wonder if the government doesn’t have anything better to do. The Environmental Protection Agency has covered so many areas of benefit, that this move is not only an outrage but deflects any of the positive that the organization has tried to accomplishment.

So, this fall, if you want to have a hayride, a hay-stuffed scarecrow or even leave a bale of hay for the kids to play in…be careful. You might see the ‘suits’ show up in black cars and storm your home. You could be liable for any kind of punishment as the wrath of the government slams down on you for ‘possession of hay’.