Ginseng root may be touted as an ancient remedy for an incredible volume of ailments, but the jury is still out on whether it is myth, legend or a real curative herb. Talk to those that believe in the ginseng root and you will find yourself at your local natural or herb store buying out their inventory. In the search for more substantial information, one comes up a bit confused. There are several varieties of ginseng: Korean ginseng, Siberian ginseng and American ginseng., Study results on ginseng root as a flu remedy are sometimes contradictory. When researching the ginseng root as a major component to fight the flu – the results seem to indicate that it is more by popularity and historical belief than anything else. 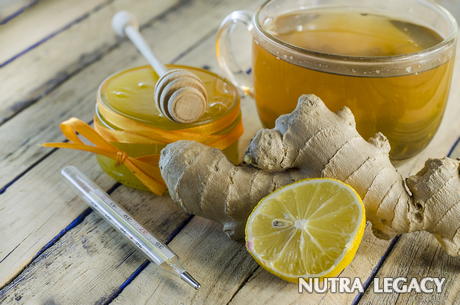 A recent Canadian study has left a lot of questions and a few raised eyebrows. The study was conducted by researchers including Tapan Basu, Ph.D. of the Agricultural, Food, and Nutritional Sciences department of Canada’s University of Alberta. The study was funded by the ginseng pill’s manufacturer, CV Technologies of Edmonton, Alberta. The overall outcome was that the individuals taking ginseng had fewer colds and milder/shorter recuperation times. It was stated that the manufacturer did not have any involvement in the study.

There are references in literature showing interactions with ginseng. A comparative, randomized and double-blind study at the National Autonomous University of Mexico indicates that it may be “a promising dietary supplement” when assessed for an increase in quality of life.”

The ginseng root has a history that dates back 5,000 years to ancient China. Emperors and dynasties fought over the root and over the years, and areas all over China were devoted to growing this medicinal plant. Introduced to the Western world in the beginning of the 20th century, many manufacturers used the wise knowledge of China to promote ginseng. In the ’70s, it became so popular that vitamin companies began adding it to their supplements, so that they could take advantage of the renewed interest (and sales). At that time most of the ginseng was being produced in South Korea, known as Korean ginseng.

American ginseng, when taken orally, is used as an adaptogen, for increasing resistance to environmental stress.
Also used by the general public for:

After reviewing all of the above, there is little in the way of scientific evidence to prove that Korean ginseng, Siberian ginseng or American ginseng root combats any of the disorders, diseases or illnesses.

The ginseng root remains, to date, as one of the most popular herbs as a cold and flu remedy. Always purchase your herbal products at a quality natural health store or visit an independent pharmacy that specializes in drug and herbal interactions.