Some of the Most Germiest Places to Avoid

Who isn’t worried about picking up the flu virus or a cold these days? Without wishing to sound overly zealous (or a germaphone) about the topic, we all do try to avoid anyone that has a cold or flu because it’s just too easy to catch them. Every day we are in environments that are simply covered in the kinds of bacteria that cause illness. With the onset of some of the potential pandemic flu situations, we have been forced to be more aware of where we go and what we touch. So what are some of the germiest places that we should avoid? 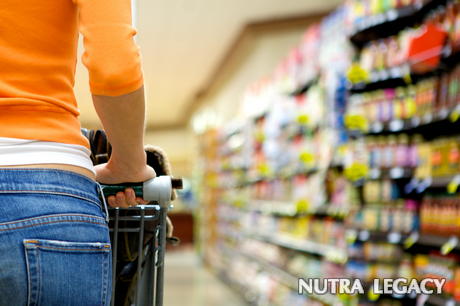 To begin with, you have to be aware of the fact that bacteria and viruses flow through our bodies every day. (around 60,000 per year) The body has a natural immunity system that fights most of these disgusting critters off. In the case of a virus, if it’s been there before, your body will have created an immunity to keep it at bay. If you have kids, you know that they are simply little Petri dishes of bacteria. They are not known for their health habits and touch, wipe and sneeze on and around each other. The best places for germs to thrive in are your nose, mouth and ears. Since we all touch surfaces every day and then rub our nose, voila – instant illness.

1} The grocery store shopping cart: Specifically handles and seat bucket areas You have seen it, someone comes into the grocery store with a cold; sneezes, wipes their nose and grabs the handle of the shopping cart. Children crawl and touch the cart handles and don’t forget that wet package of meat that is sitting in the cart. The meat alone contains such deadly bacteria as E. coli, salmonella and campylobacter. These can cause illnesses such as nausea, intestinal swelling, diarrhea and vomiting. If they meat leaked onto the conveyer belt that you set your items on, you have another deadly location. Children that have been placed in the seat bucket areas may also have dirty diapers. Grocery stores try to keep their fruits and vegetables clean with little sprinklers. Well, these too can contain bacteria called Legion Ella that causes respiratory ailments. The answer is – take hand sanitizers with you and quickly run them over everything. Some stores now offer these at the front door. If you are buying poultry or beef, place them in one of those little bags from the vegetable area. Also – always wash off all vegetables and fruit before you eat them.

2} Kids playgrounds: Yeah, this is a no-brainer, but it has to be included. As mentioned above, kids are the carrier of many bacterial and they touch everything. Oddly, there is a bigger threat from bacteria in bird feces than from any of the kids that may be wearing diapers. Another add-on note to this one is that any area that has animal exhibits, such as petting zoos These can contain E. coli. The answer, again, is take portable hand sanitizers with you and wipe your hands. 3} Restrooms used by the general public: Believe it or not the germiest place in a public bathroom is the sink. Most of us have concerns about the toilet, but it’s the sink that contains the most bacteria. Most of the reason for this is – they are the first thing we touch after using the toilet. The sink and tap areas are also usually wet and bacteria just love moist environments. Soap dispensers may look harmless, but they are being touched by people with dirty hands. The worst bathrooms are on the airplanes. The reason for that is a lot of people using one restroom over a long period of time, with ‘timed’ water release that requires repetitive faucet touches. You may not believe this but the cleanest part of the bathroom is actually the toilet. That’s because 48% of women in America use toilet covers of some sort The best way to avoid germ problems here is to try to stay away from the moist surfaces, thoroughly wash your hands after touching any of the above mentioned items and use paper towels to turn water on/off at the tap.

4} The Office; Your home away from home: The desk and the telephone seem to win the biggest prizes for being the most germ ridden. There was a study done covering five of the biggest U.S. cities, involving 113 surfaces within the work area. Over 25,000 bacteria were found on the telephones. Runners up are the desks and computer keyboards. Another area to be concerned about is whatever area the group might eat in. If it’s a kitchen or snack area, even a co-worker’s desk. Wherever there is food there is the potential for bacteria. The answer is easy: just wipe the work area down with anti-bacterial cleaners.

5. Your favorite restaurant: Even though that table may look clean, it isn’t tables and kid’s high chairs have high bacteria counts. It’s not because there is food present, it’s because the staff uses and reuses leaning rags to wipe everything down. This may be spreading entire films of E.coli around. While restaurant managers should be telling the staff to spray the rag with a disinfectant; they don’t. The answer is to carry sanitary wipes and just give the table or high chair an extra cleaning.

Other areas to be concerned about if you are thinking about viruses and germs? Cruise ships, libraries, malls and yes- even your doctor’s waiting area.