Genes and Disease – A Powerful Impact on Our Health! 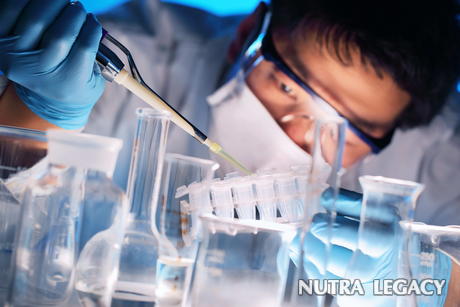 All people are very similar at the genetic level. In fact, when genes are examined closely, studies have shown that we are all 99 percent similar. These similarities can also highlight small differences or anomalies. Small stretches of DNA that differ in certain people can sometimes explain or indicate susceptibility to disease.

Research has been carried out, and continues to be carried out by scientists which looks for variations in DNA sequences that are thought to have an influence on health. Studies consider data gathered from thousands of healthy people as well as thousands of people who are suffering from certain types of disease. They can then try to identify “genetic markers” which might be more common among people with a certain illness or disorder.

Many disorders and diseases are thought to originate on our genes. Genes encode proteins, and in doing so, they are thought to be the determining factor in important processes such as how we deal with poisons, how well we process foods and how well our immune system responds to infections or disease. Studies have shown that over 4,000 diseases might lead from mutated genes that are inherited from one or both of your parents. These include most cancers and heart disease which can result from a number of interactions between multiple genes, and also interaction between genetic material and environment factors.

Cells may contain variants or changes in the information they contain in their genes. This is known as a gene mutation, and it can occur as a result of the aging process or when there has been exposure to radiation or certain chemicals. Usually, cells can identify these mutations and they then repair them by themselves. However, mutations can cause illnesses, for example, some forms of cancer. Genetic mutations can also be inherited, or passed from parents to their children, if a mutation is carried in sperm cells or an egg. When genetic material contains a mutation, the protein which is encoded by that gene is then caused to be abnormal. Some changes in protein are insignificant as factors in susceptibility to disease, however, others are disabling.

Diseases such as diabetes, asthma, rheumatic conditions, high blood pressure and psoriasis which are endemic can be caused by a number of different factors and interactions, some of which might relate to a person’s genetic material and some of which might be environmental. Research has shown that heredity genes are a significant factor in contracting many common conditions.

In simple terms, the risk of contracting a disease increases considerably in a person who has or has had close relatives who have had that disease. However, an individual disease is seldom triggered by genes on their own. There is usually a balance between genes that increase the risk of a disease, and genes that protect against it. That balance within a person’s genetic material can be a determinative factor in the question of whether person is more susceptible to environmental elements which might increase the risk of disease.

One Response to “Genes and Disease – A Powerful Impact on Our Health!”