What if I were to tell you that in ten years from now we will have eaten all the strawberries, pears, and almonds? That there will be no more Ice cream flavors such as strawberry or banana split? Would you believe me? Then to add on to things, I tell you the reason is because all the honey bees just mysteriously disappeared. What would you say to that? Well don’t laugh because it’s a serious reality called honeybee colony collapse disorder (CCD). 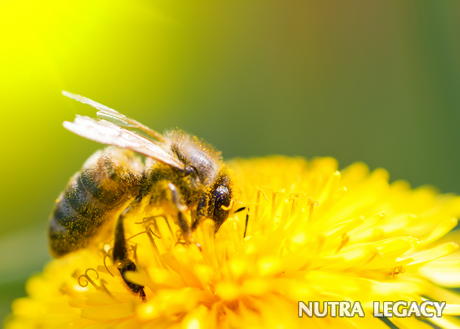 Honeybee colony collapse disorder is an epidemic that is happening in regions of Europe and parts America. The older worker bees that have the responsibility of going out and gathering pollen are suddenly disappearing from the hive. They are not found dead anywhere around the hive they are just gone entirely. When the hive is examined the only inhabitants are the younger worker bees who take care of the eggs and hive. The queen is also remaining, without her a hive would die. The fact that the queen is still there is what adds to the phenomenon. Bees are responsible for the pollination of such crops as strawberries, onions, broccoli, cabbage, and cashews. The list of foods that relies on entomophily goes on. Entomophily is a form of pollination by which the pollen is distributed by insects, mainly bees.

Some companies such as Haagen Dazs Ice Cream rely on these little bugs for their products. Haagaen Dazs said that 40% of its products rely on the crops pollinated by bees to make its flavors. Without bees, Haagen-Dazs Ice cream wouldn’t have flavors such as strawberry, toasted-pecan, and banana split. To help battle against CCD, Haagen-Dazs has donated 250,000 dollars to Pennsylvania State and California State University to look into this terrible phenomenon. Not only that, but they are also introducing a new flavor called Vanilla Honey Bee in the spring to help promote awareness about honeybee colony collapse disorder. A portion of the profit made from particular honeybee flavors will be donated towards the cause. Katty Pien, the Brand Director of Haagen-Dazs Ice Cream says that this is the first time Haagen-Dazs has adopted a cause like this, and they are taking it very seriously. According to Katty Pien, “it affects not just our brand, but the entire food industry.” According to Haagen-Dazs Ice Cream, one-third of the United States food supply relies on the pollination of bees. Whether we realize it or not this problem, like global warming, could cause us a grave amount of devastation. The human population could not take a third cut of its food supply. This problem continues to baffle scientists as they scramble to find an answer. Scientists say that it must not be any one thing, but a combination of stress factors that is causing honeybee colony collapse disorder. They have contributed causes to pesticides and biotic factors such as varroa mites and insect disease. No research however, has been conclusive. Bee keepers everywhere are reporting a loss in bees from hives and are struggling to keep them. Haagen Dazs Ice Cream is continuing to help battle CCD.

2 Responses to “Bailing Out the Bees: Colony Collapse Disorder”