At the grocery store, you won’t have to look hard to find a fellow shopper with a cartfull of products labeled “gluten-free,” “without gluten,” “free of gluten,” or “no gluten.” Over the last decade, packages with labels like these have popped up in green aisles and health food stores across the nation. And people are buying them.However, it wasn’t until Aug. 5, 2013 that the U.S. Food and Drug Administration (FDA) actually stipulated what “gluten-free” labels should mean. 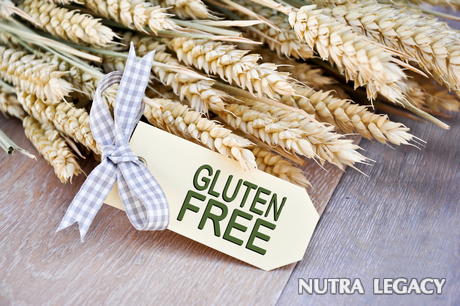 First, let’s look at why having gluten-free products is important. Gluten isprotein that exists naturally in grains like wheat, rye, barley and their crossbreeds.Eliminating it from your diet isn’t necessarily healthier. However, people with celiac disease cannot eat gluten. The protein attacks the lining of their small intestines, which results in nutrients being improperly absorbed, and this can lead to other diseases like anemia, osteoporosis or diabetes.

Rhonda Kane, a registered dietitian and consumer safety officer at the FDA, discusses who really needs to eat gluten-free products (and who doesn’t) in an article called “A Glimpse at ‘Gluten-Free’ Food Labeling” on the FDA’s website:

So, for people who have celiac disease, this FDA regulation is a big deal, because eating gluten can cause them serious harm. Prior to the August 2013 regulation, there were no real repercussions for the FDA to enforce on products that were improperly labeled “gluten-free.” Manufacturers now have until Aug. 5, 2014 to comply with new regulation.

Curious as to what now makes a product gluten-free? Here are the FDA’s official requirements:
“In addition to limiting the unavoidable presence of gluten to less than 20 ppm, FDA will allow manufacturers to label a food ‘gluten-free’ if the food does not contain any of the following: