Shocking evidence in recent surveys shows that a majority of extreme sports athletes on taking steroids and other performance enhancing drugs.  Cases of doping are so widespread that athletes cant be competitive without them.  One extreme sports athlete, who asked to remain anonymous, stated that “I don’t know of any athletes who aren’t on dope.  The intensity of the sport revolves around pure strength, endurance and power.” 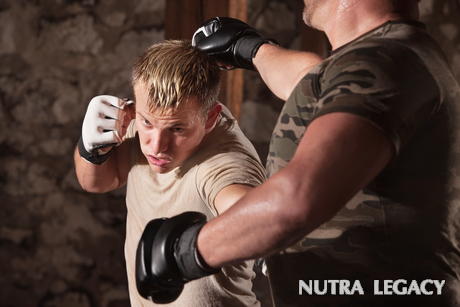 Some sports, such as skateboarding, dont have the same level of doping issues as Mixed Martial Arts (MMA).  Agencies such as the World Anti-Doping Agency (WADA) regulate most worldwide sports but extreme sports seem to fall outside the enforcement of their code.  While doping occurs in most sports, regulated or not, regulation at least confines it to a less widespread issue.

According to an informal survey of 312 athletes, 66.3% responded that at some point they have tried steroids and other performance enhancing drugs.  These numbers represent individuals who participate in Skateboarding, BMX, Extreme Skiing, Mixed Martial Arts and a variety of other sports that our participants represented.  Surprisingly 91.7% of those who were in MMA, about 66% of the surveyed population, admitted that they have doped while only 18.4% of  Skateboarders, about 16% of those surveyed, said they have tried performance enhancing drugs.  Other sports like BMX, approximately 9% of respondants, fell in the middle of the statistical breakdown at 22.8%.

Out of the 91.7% of MMA athletes that admitted taking performance enhancing drugs, 79.3% said that they used some form of steroids to increase muscle mass and size.  Amphetamines seemed to be the second most common response with 10.2%.  These results are shocking since while many people expected some use of these performance enhancing drugs, they did no know it was at to this extent.

This survey was directed to extreme sports athletes and so only the 312 respondents were counted in these statistics. In their additional comments, 162 people, or 48%, wrote that steroids and other performance enhancing drugs should be made legal since it is so common.  No matter how you look at the numbers they are shocking and revealing and relate the sentiment of the athletes themselves.

One Response to “Breaking News: MMA Athletes on Dope!”