It never ceases to amaze me when I see people ordering high calorie, high sodium , fat ridden fast food, and a diet drink. Having talked with a friend that practically lives in the junk food world, she told me that it isn’t about the rationalization of a lower calorie diet drink, it’s the fact that she is in the habit of drinking diet drinks and doesn’t like the taste of anything else. My friend also shared with me the fact that everyone in her family loves diet drinks and they were raised on then. When she mentioned that she thought the diet drink was healthier for her, it raised the question as to how healthy are diet drinks. 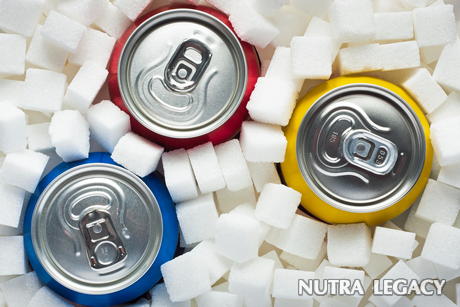 In my research to find an answer as to the healthy (or non-healthy) attributes of diet drinks, I found a 2011 study from The University of Texas Health Science Center School of Medicine in San Antonio. The results of their study showed an increased waist size in humans that consumed diet soda and a fact that aspartame increased the blood sugar levels in mice that were diabetes-prone. Another aspect of negative effects of diet drinks seem to correlate a connection between bad health outcomes and diet soda. While it isn’t clear if the diet drinks themselves are responsible or it is a combination of unhealthy behaviors, these people seem to consume a higher level of diet drinks.

Statistical information is showing that women seem to suffer the greatest health risk from diet drink consumption. In the UT research on this topic, each of the diet drinks consumed by the participants per day increased their risk to becoming overweight to 65% in the coming six to seven years. This is in comparison to those that didn’t drink diet drinks at all. This is rather perplexing when you consider that many of the diet drinks tout a zero calorie content. Some scientists at Purdue’s Investigative Behavior Research Center actually theorize that it is a confusion that is happening in the body itself. When we consume something that tastes sweet, it anticipates additional calorie intake and the metabolism slows down. This prompts the body to go into a crave mode, which requires more food for the calories that it expected, but didn’t arrive. An additional theory is that our bodies associate the feeling of being satiated (full) with solid foods as opposed to liquids and we then consume more.

Researchers have found that overall, people that consume diet drinks tend to eat less healthy foods, less fruits and vegetables and those foods that are higher in trans-fats and saturated fats. They rationalize that the diet drink is bringing a reduction in caloric intake and, like my friend, feels that it is better for them.

The information found was quite interesting and I shared it with my friend. I personally don’t consume diet drinks, but she listened avidly as she sipped her favorite through a straw; extra large size. I wonder if our talk changed her perception or habits.