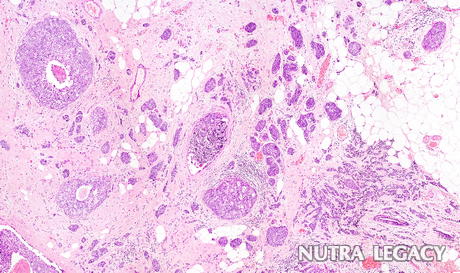 Any unusual lump on your body should be checked by a medical professional. While a lump could be something as benign as a cyst, swollen lymph node or a simple injury, it could also be a sign of something much more serious. Either way, be on the safe side and have it checked since early detection can mean the difference between life and death.

While we all experience pain in our daily lives, any acute or chronic pain that is persistent should needs medical attention. Pain is often a sign of a greater underlying problem and it is your body’s way of telling you that something is not right. Whether you experience a sharp pain, numbness, or a burning sensation, make sure to have it checked by a doctor. Since is serious consistent pain is associated with adenocarcinoma you want to rule any form of cancer out immediately.

While there are many other symptoms, these are the four main broad categories of adenocarcinoma symptoms. Even if your symptoms turn out to be something minor, it is better to be safe than sorry. Cancer is so prevalent in the United States, and around the world, that every precaution must be taken to protect you from this deadly disease.