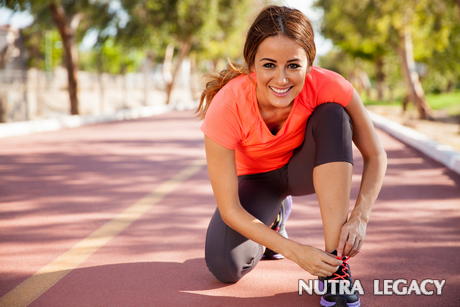 Healthy digestion is important to your overall well-being. However, most of us don’t know how to improve our digestion. In fact, you might be surprised to learn that one of the best methods is through yoga breathing exercises. Below you’ll learn more about how this surprising solution can help improve the state of your digestive processes.

First, you may want to know what is meant by yoga. Most of us have some idea of what the practice means, but that idea is usually based on what we’ve seen on television. The practice of yoga was actually developed in India more than 5,000 years ago as a method for integrating the human consciousness with the so-called universal consciousness. In fact, the word yoga comes from a word meaning unity.

Yoga positions are designed to improve health. Each position is meant to place pressure on certain parts of the body or to increase circulation. Additionally, breathing is important because the early Yoga practitioners all believed that breath was the most important part of living. Controlled breathing is an essential part of yoga for this reason.

Part of doing yoga is learning the myriad of different positions that affect the body. The idea is to put your body into the position and hold it for a set amount of time. The theory is that each position can have a different impact on the body. For example, some postures restrict the flow of blood into certain areas of the body. Thus when the position is released, a rush of blood and oxygen enter that part of the body. This can be very effective in the digestive process.

If you want to improve your digestion, you can try a number of the standing positions in yoga. These positions include some of the earliest and most basic positions, such as Trikonasana and Half Moon Pose, which means even beginners can find ways of using yoga to have healthier digestion.

Another important part of yoga is yoga breathing techniques. To get the full benefits from yoga, you need to learn how to breathe through your nose instead of through your mouth. The reason, at least according to yoga practitioners, is that the nasal passages are directly connected to our nervous system.

When it comes to digestion, nasal breathing is especially important. That’s because the endocrine system plays a vital role in the digestive process and nasal breathing has a direct impact on that particular system. However, some practitioners go one step further and recommend that people breathe through only their right nostril within the first hour after finishing a meal. The explanation for this activity is that the digestive fluids flow from the left to the right in the body so by bringing in fresh oxygen through only the right nostril it should stimulate the flow of these juices which will stimulate digestion, as well as good health. Additionally, using breathing relaxation techniques will help you relax while eating and that is also good for digestion.