The drug mesalamine is offered as several popular brand names including Asacol, Pentasa, and Lialda, for use in mild to moderate, and sometimes even severe cases of Crohn’s Disease. Medical research contains few answers about the exact way in which mesalamine works, but the drug often draws comparisons to the anti-inflammatory effects of aspirin. Mesalamine, however, comes formulated in controlled-release forms, allowing the drug to attack inflammation that takes place in the lower portions of the intestine upon its release. 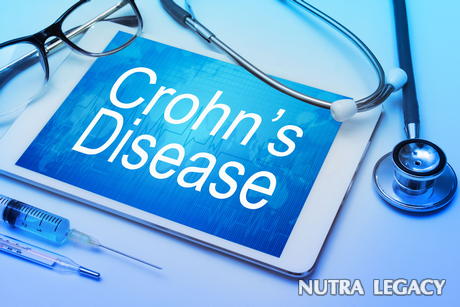 Often used as a maintenance drug to sustain periods of remission in Crohn’s by preventing recurrence of the disease, as well as a treatment for patients with active Crohn’s of varying severity, the effectiveness of mesalamine is often obscured by the tendency of the drug’s side effects to imitate the symptoms of Crohn’s itself. This can lead to a misconception in some patients that their Crohn’s has worsened upon beginning treatment with mesalamine, which can sometimes result in premature discontinuation of the drug.

Here are some tips for reducing the side effects of mesalamine and effectively incorporating the treatment into your daily life:

1. Take mesalamine with food. Most of the directions provided with controlled-release mesalamine drugs like Pentasa or Asacol advise that the pills can be taken with or without food. However, mesalamine tends to draw water with it inside the digestive tract because it passes intact through the colon and portions of the small intestine, which are H2O-rich. Inevitably, this will lead to softer stools, and in more severe instances, diarrhea. But this unfortunate side effect can be avoided by not only taking mesalamine with food, but by swallowing the medication exactly halfway through each meal. This ensures that the drug will be thoroughly mixed in with solids, reducing the likelihood of diarrhea.

2. Split up the doses. One of the more common prescriptions of Pentasa calls for 4 grams per day split up between eight 500mg tablets. Rather than take all eight at once or even four in the morning and four at night, break up the doses into four doses of two pills each or eight of one each, and be sure to eat food with each and every dose, per Tip #1. Remember, mesalamine draws water with it through the gut, which means that taking one very small dose every three or four hours is going to keep you far more regular than one giant dose every 12 or 24 hours.

3. Don’t miss your doses. Any doctor will advise you to always take your medicine as prescribed, but this is doubly true for mesalamine. As mentioned previously, taking consistent small doses of the medicine will keep you regular. By extension, this means that missing one or more doses, or accidentally taking an extra dose due to absent-mindedness, has the potential to make bowel movements highly irregular. This can result in constipation (missed dose) or diarrhea/watery stools (extra dose), nausea, or even indigestion that can cause not only stomach pain, but chest pain as well – a listed side effect of the drug.

Following the suggestions above will help to avoid unwanted side effects of mesalamine, many of which mimic the symptoms of Crohn’s. Be sure to consult a doctor in order to decide whether or not mesalamine can be an effective drug in your regiment of treatments for Crohn’s disease.