Research has been accumulating over the last several years that continues to suggest the bacterium mycobacterium avium subspecies paratuberculosis, or MAP, plays a causative role in Crohn’s disease. While MAP is a notoriously difficult bug to kill, a handful of highly successful clinical trials have taken place, one of which used the following combination of three antibiotics that fight MAP infection: rifabutin 150mg twice daily, clarithromycin 250mg twice a day, and clofazimine 100mg once each morning. 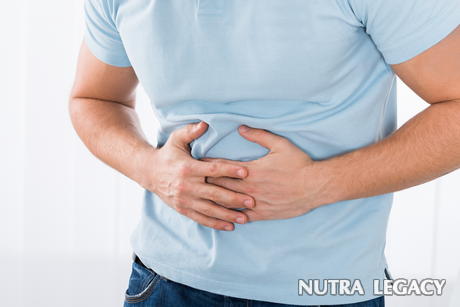 Australian gastroenterologist Thomas Borody was largely responsible for introducing the use of these particular drugs to combat MAP in Crohn’s patients. In 2010, pharmaceutical company RedhillBiopharma acquired a proprietary formulation of Borody’s antibiotic treatment from his company, Giaconda. The experimental medication, tentatively called RHB-104 and expected to be a monumental step in Crohn’s treatment, was progressed by Redhill to Phase III trials this past September.

Concurrently, UCF’s Burnett School of Biomedical Sciences professor SalehNaser has been developing a method for detecting MAP using blood samples. The results of Borody’s studies indicated that MAP was likely involved in about half of those trials’ participants, however, no existing tests can accurately assess the presence of MAP in diseased patients. Naser’s work, which was patented in 2009 and later licensed to Redhill, hopes to solve this problem. He recently staked the claim that two more years of research will yield a definitive answer for both individual patients, and the medical community, on whether MAP is centrally responsible for Crohn’s.

But evidence of MAP-induced Crohn’s can be traced all the way back to a 1997 study in London, in which 46 patients completed treatment with RMAT, a synthesis of rifabutin and clarithromycin, for a full year. Forty-three of the patients experienced full clinical remission, a 94% success rate, with only a small number experiencing relapse. Unfortunately, because the study was not adequately controlled, its findings never gained traction, and future proposals for similar studies failed to secure funding.

One reason for this can perhaps be traced to the backstory of MAP’s causal relationship to Crohn’s disease, as evidence suggests that MAP-carrying Crohn’s sufferers may have been infected with the bacteria through the consumption of contaminated meat product. Johne’s disease, which is a debilitating illness found in cattle that behaves in a remarkably similar fashion to Crohn’s, has been shown to be a direct result of MAP infection. Currently, no restrictions exist to prevent the meat of Johne’s diseased cattle from landing in America’s food supply. If the link between Johne’s and Crohn’s is ever definitively established, the resulting public fervor and its ramifications could cost the meat industry billions in revenue.

For now, sufferers of Crohn’s disease must continue to slog through ineffective rounds of steroids, immunosuppressants, and biologic infusions that carry with them a myriad of unwanted side effects. These drugs reduce inflammation, but have no direct impact on the disease itself. In that sense, RHB-104 may be the first drug of its kind. If so, Dr. Naser may have put it best when addressing Crohn’s patients in a recent interview: “Hope is on the way.”