Mucus is nothing to be afraid of and is actually an core element of the body’s defense system. Its function is to trap and expel unwanted particles from your body. One of the yellow mucus causes is a sinus infection. When the color of the mucus is yellow, this is a sign that your body is battling with blocked nasal canals where bacteria has started cultivating. There are yellow mucus causes other than a cold or flu, such as allergens and air pollution. You can get yellow mucus when the air is really dry and your sinuses attempt to re-hydrate themselves. Coughing up yellow mucus can seem disgusting, but it is nothing to get alarmed about. Here we present you with some yellow mucus remedies and ways to make it go away faster. 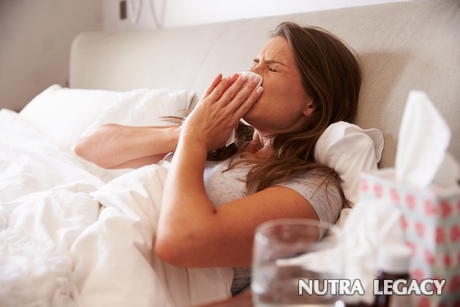 · Over the counter nasal sprays should be avoided at all costs, because they will actually end up making your congestion worse after providing only short-term relief. Also, they may damage the cilia, which are hair-like organelles located in the membranes of the sinus cavity. They beat 16 times a second, moving the mucus around and to the right place.

· One of the most effective yellow mucus remedies is steam inhalation. You can add some herbs to boiling water to make this process more effective. Some of these include comfrey, coltsfoot, elecampane, eucalyptus, ephedra, fennel, peppermint, fenugreek, horseradish, lobelia, licorice, mullein, lungwort, pleurisy root, vervain, and thyme. All of these are expectorants, which may be used on their own or in combination with each other. Coughing up yellow mucus that is bright in color is an indication that the mucus is thinning.

· Antioxidants can help combat the infection responsible for yellow mucus and are generally known to boost the immune system. Some examples of antioxidants include fresh vegetable or concentrates of their active ingredients, some fruits, and almost all berries.

· One of the most simple yellow mucus remedies is drinking plain water at room temperature. Room temperature water is able to begin hydrating your system a lot quicker, since it does not need to be warmed up to your body temperature once in the system, as is the case with cold water. The extra water in your system helps with the thinning of yellow mucus.

· Sinus acupressure is a yellow mucus remedy that does not involve any foreign substances. Just massage your sinus pressure points several times a day and relief is sure to come.

· Water compresses on the sinus areas will help break up the mucus to allow it to flow out naturally. You can also try a compress on your lower forehead, just above the eyebrows. Make sure to avoid the area under the eyes when you apply water compresses. They should be warm, not hot.

One Response to “Yellow Mucus: Causes and Remedies – Updated Article With New Information”