There are many types of rashes and skin infections that plague the human race. What most don’t realize is that a lot of these are yeast skin infections. Yeast infections appear in any area of the body that is warm and moist. A yeast infection is actually a kind of fungus. While it may sound gross, it’s part of life. They are called Candidasis and the variations go by a number of different names. Here are some of the most common of the over twenty varieties: 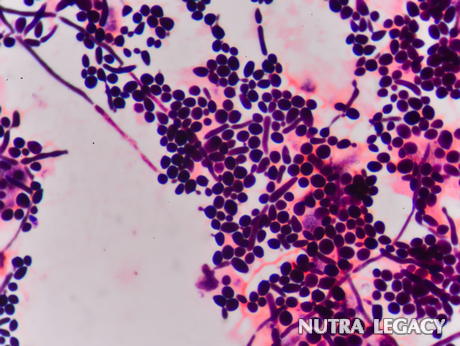 Diaper rash is one of the candidal infections. It occurs in the area where moisture collects both on the main area of the skin as well as near the edges.

Anyone who has worked outdoors for any duration in the summertime knows that the body perspires constantly. If you don’t rinse and wash with soap when you are done, you may get candidal body rash. This can also occur to those diabetic patients in hospitals or for those that take antibiotics for longer periods of time.

A yeast infection in the vaginal tract is called Candidal vulvovaginitis or vaginitis for short. The symptoms can start out with light itching and redness and, if untreated, can go into a full on major problem.

One of the rather unusual yeast infections of the skin is an infection between the finger webs called Erosio interdigitalis blastomycetica. The assumption is that it starts due to moisture trapped under rings that are worn on the fingers. Diabetic patients seem to suffer this yeast infection more prevalently as well as those that work around water and may be exposed to strong detergents and chemicals.

Since yeast infections like warm moist parts of the body, they are found in the various folds of the skin. This can include under the arms, breasts and for those that are obese, under the abdomen. This type of yeast infection is called Intertrigo.

If a pregnant mother has a yeast infection during a vaginal delivery, she can unwittingly pass the yeast infection to the newborn. This is called congenital cutaneous and within a few hours after birth, the infant will begin to begin to show the rash like symptoms.

One of the rarest of yeast skin infections is a systemic or infection throughout the body. While rare, it is can also deadly. One of the symptoms is the yeast infection inside the body, showing as bruises that are tenderer to the touch. The bruise is the body’s reaction to the Candida within the blood vessels. The yeast infections can also show up and appear as other types of yeast infections but they are a lot more resistant to treatment. A system yeast infection usually afflicts those with other disorders such as diabetes, leukemia or autoimmune deficiency.

One Response to “Yeast skin infections”