The buzz about antibiotic resistant bacteria has been slowly growing over the last few years. A variety of medical industry publications have been bringing it to the forefront and most recently, British top health officials are sounding the alert. It seems the bacteria in our world is fighting back as antibiotics become less potent on the new strains. 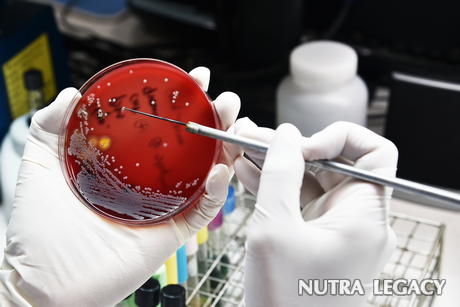 A global request has been made to the medical industry professionals to begin paying attention to the alarming growth of antibiotic resistant bacteria. The drug makers are being required to change focus (which has been on specialty drugs) and address the development of new antibiotics to address these new ‘superbugs’. Only a few medications, to date, have been developed, and without them, something as simple as a surgery and post-op process could condemn anyone to death. Risk of infection as a post operative process has been historically reduced due to antibiotics. This is no longer the case, as the superbugs expand on a global scale.

One of the most recent and well known of the superbugs is MRSA. This deadly bacteria has been the cause of over 19,000 people in the U.S., almost the same number in Europe. The quantity of deaths is actually higher than those suffering from HIV/AIDS. Physicians and doctors are also battling a new strain of drug resistant tuberculosis, as well as the newest superbug called NDM1. The latter first appeared in India but it is fast spreading throughout the world. The World Health Organization (WHO) announced a new strain of gonorrhea that has officially been called a superbug.

Efforts of medical professionals around the globe are being escalated to address the rising needs within the antibiotic resistant bacteria topic. The number of infections are increasing and there are no longer any options for treatment. They are calling on organizations, governments, WHO and G8 to escalate the seriousness of the situation, take action, begin innovative treatment research, and invest in the development of new treatment options. There needs to be a coordination of all involved, especially the pharmaceutical industries to focus on what could become the next global health problem.

There is currently a need for the ability to have increased surveillance and reporting of superbug outbreaks. This has been combined with the need to begin prescribing fewer antibiotics. The latter has been in the news for a number of years, but the medical industry hasn’t taken it seriously. The U.S. alone continues to be the top users of antibiotics in the world. Without the help, assistance and vigilance of medical professionals around the world there will not be an efficient method to track the development of the infectious diseases as well as reduce their transmission. An additional focus has been utilization of microbiology in developing synthetic biology as a crucial step in addressing and overcoming the superbugs. This has been listed as top importance for global medical alerts and the message is being sent to all government health organizations for the highest priority attention.

Surprisingly, in the U.S. pharmacy world, only a few articles have been published in the daily news streams.