What Is Pyoderma Faciale? 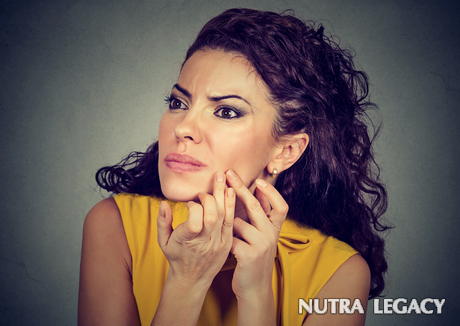 If you’ve never heard of pyoderma faciale, you’re not alone. To most people, this skin condition is unknown territory. That’s because the condition, which is related to acne, is still relatively rare. For those at risk of developing this condition, understanding what it is and what treatments are available can help reduce the stress involved in the diagnosis.

Pyoderma faciale primarily affects women between the ages of 20 and 40. The cause is believed to be linked to female hormones which may be fluctuating in the woman’s body. While hormonal skin problems are not unusual during puberty, most women outgrow these issues by the age of 20.

In most patients, the skin is clear and in good condition prior to the outbreaks. This factor can make the very severe breakouts even more shocking for the patient.

Outbreaks of pyoderma faciale would put any acne flare-up to shame. These breakouts consist of larger nodules and cysts which are surrounded by patches of inflamed skin. They are dispersed in sizable numbers across parts of the face in most cases and are very noticeable. In many cases, these nodules are full of pus and touching them can cause pain.

While some people may assume pyoderma faciale is just a very severe acne breakout, there are some big differences. For one, the face is not oily so clogged pores are not the culprit. Normally before nodules form on the skin, whiteheads or blackheads have to form. With this disorder, these do not have to be present on the skin. The outbreak normally comes on very quickly and without warning. Developing acne of this magnitude normally would take a long time and would have been noticeable long before. The problem is also not found on other parts of the body. While traditional acne can occur anywhere on the body where oil producing pores are located, pyoderma faciale outbreaks are only going to be found on the face.

Women who suffer from pyoderma faciale need to consult a dermatologist about the condition. Treatment can be provided but may be very slow in showing results. One of the most common treatments is a drug called isotretinoin which is a type of retinoid made synthetically. The drug is commonly given to people who suffer from a wide range of skin conditions. While it does reduce oil production which may not be useful in treating these hormonal skin problems, it does help fight inflammation which is a big factor with these outbreaks.

Another treatment that is sometimes combined with isotretnoin is the use of systemic or topical steroids. These steroids also help to fight against the inflammation, as well as any infection that is present. Steroids are frequently used as treatments for dermatitis and severe skin conditions, although there long-term use can pose some serious side effects.

Most treatment plans for pyoderma faciale are going to last between three to seven months. However, some improvement will begin to be seen after a shorter period of treatment. In some cases, dermatologists may recommend a course of antibiotics. Female hormones can also be added to the treatment in some cases, especially if outbreaks repeat after treatment has been successfully completed.

2 Responses to “What Is Pyoderma Faciale?”