What additional information on moles are you looking for?

An average person will probably have 10 to 40 moles on different parts of his or her body. Some of them are there from birth and others will appear later on in your life. The majority of these moles are completely harmless and very unlikely to be cancerous. Nevertheless, understanding and recognizing the potential dangers of different types of moles can help prevent health problems in the future. 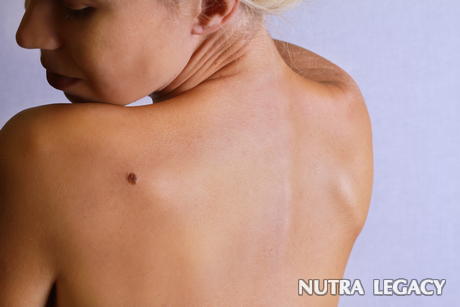 Moles, or as they are called scientifically – nevi – are caused by melanocyte clusters, which are skin cell types that produce melanin. Melanin is a chemical that is responsible for the color of your skin. The higher the melanin concentration, the darker the skin color. When clusters of such cells occur, they release larger melanin amounts, which is what makes the skin darker in that area.

There are two skin mole types that run a risk of causing skin cancer at some point in one’s life. The first type of moles is called congenital nevi. They are the ones that are usually present from birth. One percent of the overall population has congenital moles from birth. If you happen to have one, keep an eye on it, as it may cause problems later on.

The second type of mole is dysplestic nevi, and they often have non-uniform color, larges size, and irregular shapes in the form of jagged edges. They are often confused with cancerous moles, but this may not necessarily be the case. Some people are just prone to having such blemishes on their bodies. It is still better to have these checked out to make sure they are benign, as they really can be dangerous, especially if they appear after the age of twenty.

Another type of mole is called a skin tag. This is something that protrudes quite a bit more than a regular mole. It doesn’t just rise off the skin; rather, they consist of dark- and light-colored tissue, which looks kind of like a flap on the skin. There may be a small patch of darker skin at the skin tag base. Skin tags are generally harmless, but they could cause some discomfort in the area.

If your doctor decides that a mole looks suspicious, there might be a biopsy in store for you. This will provide a better picture and determine whether the mole is cancerous or not. If it does indeed prove to be cancerous, then it will probably have to be removed from the skin by having it cut out. This could be done more as a precautionary measure, even before you get the official diagnosis. Apart from having moles removed for health reasons, you could also have them cut out because they look ugly or they bother you (especially in the case of skin tags). In this case, you won’t necessarily have to have the whole thing removed, and just skimming off the top layer of it will suffice.

For more information on moles, go to:
en.wikipedia.org,
www.cancer.gov

One Response to “Different Types of Moles – Updated Article With Extra Information on Skin Mole Types.”