Herpes in both of its forms, both oral and genital, have become the scourge of the modern day. While there are relatively mild treatments for both kinds of the virus, there aren’t any cures that have been developed. As people search for alternatives treatments, specialists are reaching back into more historical and also reliable methods such as lemon balm. 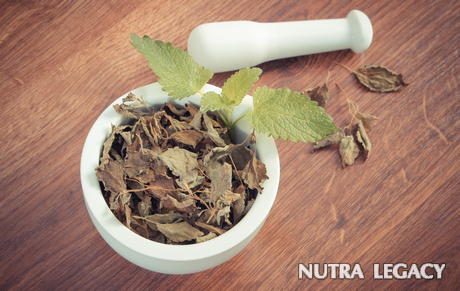 In both ancient Rome and Greece, the use of lemon balm was a common treatment for wounds. As years passed, it was used for a variety of ailments including anxiety, influenza, insomnia, nervous stomach and depression. Native to Southern Europe, lemon balm was a well loved herb in many gardens and attractive aroma was a favorite of bees.

Naturopaths have used a topical version of lemon balm today for the treatment of oral and genital herpes. The natural essence in the herb seems to reduce the intensity of flare-ups and they last for shorter periods of time. There have been some studies done as test tube cases that show the positive effects of lemon balm. While scientists still do not have a clear answer they theory is that the herb has the ability to keep the virus from attaching itself to the cell. Sample group studies demonstrated significant results on humans either in the preliminary stages or already developed herpes outbreak with both shortened duration and less painful flare-ups.

A number of studies have been done to measure the lemon balm extract when taken orally. The results were promising for the reduction of agitation and anxiety. This is of special interest to those suffering from Alzheimer’s. Lemon balm seems to have a sedative effect when taken orally or topically and when combined with other herbs, such as valerian demonstrated a potential treatment for insomnia. The essential oil of lemon balm is being used in a number of areas of research for its various abilities.