What is Chicken Flu?

The chicken flu, which is commonly called the bird flu, has been discussed among health care specialists for years and it is only up until the last few years that we have really been hearing about this virus and accompanying bird flu symptoms. The chicken flu or bird flu has killed millions of birds throughout Asia, Malaysia and Indonesia. Although not as common in humans the bird flu can affect humans with a mortality rate of nearly 50%. 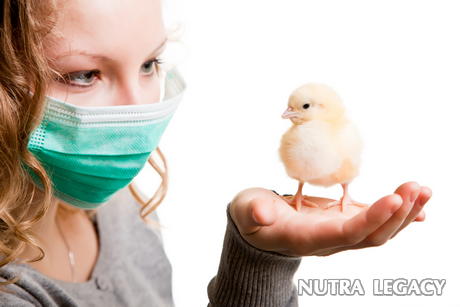 The chicken flu has primarily been witnessed in Indonesia, Thailand, Cambodia and Vietnam. There is some speculation that China has been hit with the chicken flu as well, but the country currently denies the allegations. There are no known cases of the chicken flu in the United States although health officials claim to be prepared with bird flu vaccines in the event of an outbreak.

The chicken flu is spread through waterfowl, not by person. Many of the migrating birds do just that, migrate around the country and spread the virus. Unlike bird flu vaccines, there are no vaccines publicly administered for the chicken flu.

Bird flu symptoms are similar in nature to that of a stomach bug or a flu strain that that hits most areas during the winter season. The difference in the chicken flu is that the symptoms can be deadly and much more severe than regular influenza strains. Some of the common symptoms include a cough, fever, sore throat, muscle aches, and chills. The severe symptoms and problems that can occur are acute respiratory distress, vomiting, diarrhea and dehydration.