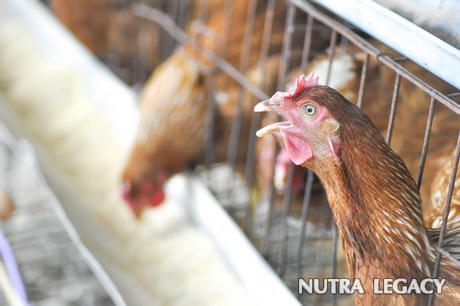 Chances are good that you’ve heard something about the bird flu in the last two years. Although almost all of us have heard about the bird flu and are aware that the media is telling us to panic about the potential epidemic it could cause globally, most of us don’t understand much about the illness or about its threat.

What is Bird Flu?

Bird flu, also known as avian influenza, is a type of viral infection found in birds. The virus is believed to come primarily from ducks which fly long distances and end up infecting large populations of birds, including chickens and turkeys, around the world. The largest outbreak in history of flu among birds recently hit parts of Asia and devastated their avian populations. Since this type of flu is found in wild birds, there is no easy way to eliminate it completely and researchers have not yet found an effective cure for those animals infected by the virus.

If you’re wondering why humans should be worried about bird flu, the answer is they shouldn’t be too worried yet. Humans still have a very difficult time contracting the disease. Most of the people who have been infected with in direct contact with an infected animal. What researchers are most concerned about is that the virus will mutate and will be able to spread into humans more easily eventually. Some scientists suggest that the avian flu is already attacking other mammals in these heavily infected areas, including tigers and pigs.

Another cause for concern is that the affects of the flu on humans may change. Right now, most of the cases of bird flu contracted by humans has caused standard flu symptoms, including coughing and muscle aches. However, two cases in Vietnam involved girls who ended up dying from the virus when it attacked their nervous and digestive systems. These appear to be isolated cases at the moment.

Other Risks to Humans

While the flu always has the risk of leading to more serious complications, especially in vulnerable parts of the population (the young, the old, and the chronically ill), another concern is that the mutation of the flu virus will lead to a massive outbreak like the one that took place in 1918-1919.

That outbreak was the deadliest in recorded history. Known as the Spanish flu, the virus was killing about 10,000 people a week in many U. S. cities. While any flu can be fatal, most have a low mortality rate of around 0.01%. The Spanish flu’s mortality rate was 2.5%.

If you’re wondering whether or not the risk of avian flu becoming the next Spanish flu is real, the answer is quite possibly. Two recent studies conducted by researchers in London discovered that what was called the Spanish flu actually originated in birds. When the flu became capable of “jumping” from birds to people, the outbreak started and resulted in the deaths of 20 million people around the world.

Researchers are concerned that if the modern bird flu became capable of making that jump more easily we could be in for a repeat of that outbreak. That’s why they are working feverishly to find ways to treat the virus.

One Response to “Important Facts about Bird Flu”