The epidemic of bed bugs – homes across the US are suffering as the blood suckers take over. 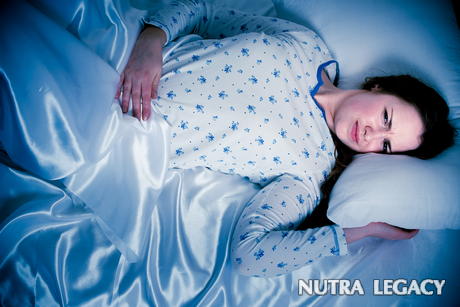 A new survey suggests that bed bugs are spreading incredibly quickly across the U.S., and almost no region remains unbitten. Exterminator calls for bed bugs across the nation have increased by 57 percent over the last five years, and this year so far by 24 percent alone.

A University of Kentucky entomology professor, Michael Patter, says that these days most cities are having to deal with the big problem of bed bugs. He points out that in a place where there is a high density of people, or a significant movement of people, there will be a breeding place for bed bugs. Increased immigration level, travel, and insecticide resistance are the factors most often pointed to for the bed bug epidemic, although there are experts who blame bans on certain insecticides which have recently been brought in due to environmental concerns.

Recently, there have been numerous closures of office buildings and retail stores in New York City because of bed bugs. However, infestations remain much more common in condominiums, apartments, single-family homes, as well as motels and hotels. More interesting yet is that bed bugs are turning up in unusual places, including Laundromats, public transit, and even movie theaters.

Nevertheless, a significant amount of people still believes that bed bugs are just some sort of folklore. Or they might think that bed bugs occur because of poor hygiene and that such a problem could only have an effect on the lower classes. However, in actuality, many bed bug infestations have been reported in up-market hotels in leisure and business travel destinations, like Boston, New York, San Francisco, and Orlando.

Bed bugs don’t actually live on people themselves. They move around in purses, suitcases, computer bags, backpacks, etc. The main factor that makes it difficult to detect bed bugs is that they hide throughout the day, then feed on you in the night while you sleep. Moreover, it can takes up to a week until any reaction to the bites actually appears, so it is obviously difficult to tell where the encounter occurred. It is also worth adding that about 30 percent of those who live with infestations do not show signs of a reaction until they’ve been bitten several times. Of course, people don’t normally expect to find bed bugs outside of urban areas, so it can take some time to determine if they are the cause.

Exterminating bed bugs is challenging for professionals as well. Bed bugs are considered much harder to deal with than cockroaches, termites, or ants. There are effective treatments on the market, but they are quite costly and time-consuming. For example, for a one-bedroom apartment, it can cost about $800 to over $1,200 to eradicate the bugs, which is rather steep in our currently rough economic times.

For more information on bed bugs, go to:
en.wikipedia.org

One Response to “The epidemic of bed bugs – homes across the US are suffering as the blood suckers take over.”