The Battle and Controversy Over Gardasil Still not Over

While the original concept of producing a vaccine to protect young girls from getting the HPV virus that causes cervical cancer, there remains a lot of questions as to exactly what is in the Gardasil vaccine itself. When many young girls began reporting major problems after receiving the vaccine, the general public began to ask why.
Approaching the often shaded and guarded world of the pharmaceutical industry is like wandering through a maze. NaturalNews decided to take it upon themselves to have private laboratories test Gardasil. The results of the tests were shocking. They collected Gardasil from Spain, New Zealand, Australia, France, Poland and The United States. Each test result showed that Gardasil contained the Human Papillomavirus (HPV) – but an rDNA strain. This is not a natural product, but a genetically engineered product. The testing also found that this rDNA is connected to an adjuvant of aluminum; and aluminum is a toxin when ingested. 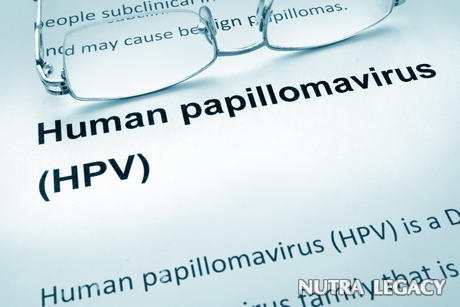 The main pathologist conducting some of the tests have entitled this combination as closer to a biohazard, instead of an actual medical vaccine. rDNA does not react in any natural way. HPV DNA will not remain in the blood for long periods, however, the rDNA acts differently and often in unpredictable ways. The rDNA enters a human cell and may not cause a difficulty, but it may also cause a mutation.
Merck is that pharmaceutical company that manufactures Gardasil. There is a dark side of this industry, with former scientists already admitting that vaccines developed for polio were deliberately contaminated with the S40 virus; a cancer causing virus. Other additives are even scarier with the presence of AIDS in vaccines.
We are required by law to give our children certain vaccines, but, the government has also made this a one-way street. A private citizen cannot sue a pharmaceutical company, even if it is found that the vaccine was injected with known problematic contents. Over the last number of years there has been an increased in such disorders as autism, ADD/ADHD and infertility. Some scientific organizations are linking the known added agents to this increase, while other study groups firmly deny it.
Pharmaceutical companies have been including questionable ‘additives’ in our vaccines for many years. The question is: why? Many of the additives are known carcinogens as well as some that have never been studied with humans. Are we a larger scope list of guinea pigs?
Merck has continually defended Gardasil, and actually submitted a request to the Food and Drug Administration (FDA) to approve Gardasil for older women. The FDA has not given the approval due to the appalling link of Gardasil to the deaths of over 49 women and the incredibly high rate of girls and young women that have been hospitalized as well as experienced horrible side effects. Merck has also been required to adjust the actual label for the drug. It will now show that it is not effective in women over the age of 26 years.
Should this drug be taken off the market? Of course it should. But, there are a lot of dollars involved in the production of the drug, along with the mega dollars in marketing.