Red Wine Can Be Good for Circulatory System 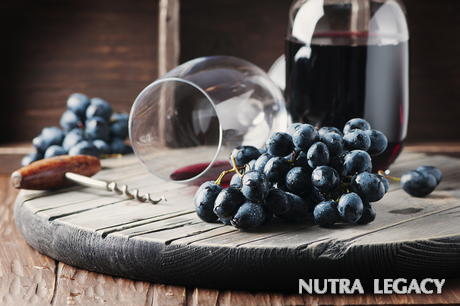 The French Paradox has long puzzled medical researchers. Basically, this paradox is that despite consuming a high fat diet the French, overall, have a lower incident of heart disease than countries which consume less high fat foods. The problem is, of course, that science suggests the opposite should be true. Now some research is suggesting the answer to this paradox might be as simple as one phrase: red wine can be good for your health.

Research has shown that drinking red wine can have surprising benefits for the circulatory system. A 2006 study found that some of the compounds found in red wine, known as procyanidins, could protect blood vessels in the body from damage after only one or two glasses were consumed. However, the research also showed that this red wine positive effect varied depending on where the wine was made. Sardinian and southwest French wines seemed to have the highest levels of these important polyphenols (antioxidants derived from plant sources).

Just one year later, additional research on the antioxidant properties of red wines found more good news. The benefits of drinking red wine could be achieved without having to drink wine for years and did not only occur in older wine drinkers. The study included two groups of participants: 20 people who were 18 to 30 years of age and 20 individuals over the age of 50. Blood tests from both groups found increases in the levels of antioxidants in their bodies: 7% for the younger subjects and 16% for the older group. Plus, both groups showed significant reductions in their levels of free radicals.

Although the studies above suggest that drinking red wine can be a great way to improve the health of your circulatory system, drinking too much wine or any other alcoholic substance could have the opposite effect. A third study published in early 2008 found that while one glass of red wine or any other type of alcohol did have some potential benefit that drinking more than that actually could put people at risk for heart problems.

The study involved 13 participants who were randomly given either a glass of water, red wine, or ethanol equivalent to what one would find in beer. During this time, their blood pressure, heart rate, electrical impulses through the circulatory system, and the diameter of their blood vessels were being measured simultaneously. Each of the three sessions was repeated after two weeks.

After the first glass of alcohol, the blood vessels widened noticeably. Researchers suggest this could be a benefit because it would allow blood to flow more easily through the body. However, after subsequent drinks the heart beat increased and the nervous system went into high gear.

These researchers point out that drinking alcohol daily in even fairly small quantities could be damaging to the heart and circulatory system. For this reason, moderation is the key to experiencing the benefits of red wine for your health.

2 Responses to “Red Wine Can Be Good for Circulatory System”