Side effects of blood thinners

Blood thinner medications are taken by people who have heart conditions or are at risk of a heart condition or stroke. Pharmaceutical companies create a cocktail mix for each type of medication for a variety of patient types and needs. While the medication does save lives by keeping the blood flowing freely, there are side effects of blood thinners. 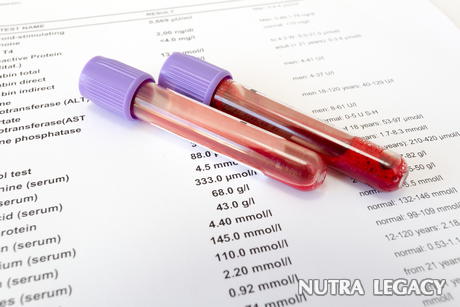 Aspirin is one of the top medications and medication ingredients for many blood thinners. Aspirin has an irritant effect on the stomach and intestines and can cause nausea, vomiting and indigestion. A symptom of intestinal bleeding is a tarry looking or black colored stool. You should always immediately contact your physician and report this so that they can offer an alternate medication. Never give aspirin to children due to a known disease that aspirin can cause called Reye’s Syndrome.

One of the most popular medications is Coumadin. Coumadin is often prescribed for those patients with stroke potential, but also for patients who have had heart valve replacements. Vitamin K is used in the body to keep the blood from clotting. Coumadin reduces the use of Vitamin K in the body. One of the side effects of this medication is that it can cause serious bleeding. Patients that eat foods that are too high in Vitamin K can offset the Coumadin medication, thereby making it less efficient in preventing clotting. Problem symptoms for patients taking Coumadin can be discoloration of the stool, which could be an indication of intestinal bleeds. Bruising can also occur throughout the body. Regular blood testing is usually done to monitor those patients taking Coumadin.

An aspirin combination medication is Aggranox. This is combined with extended release Dipyridamole. The side effects of blood thinners of this medication include headaches, indigestion, diarrhea, and general abdominal pain. Symptoms that may show intestinal bleeding include a black or tarry stool.

One of the blood thinner medications that is usually given at a hospital is Heparin. This is an intravenous medication and is prescribed to the patient to prevent blood clotting. Medical staff is usually directed to take patient blood samples to monitor the progress of Heparin and ensure that there are no complications. While there are a few rare situations of an allergic reaction, the most common side effect of Heparin is easy bleeding and bruising. The symptoms for possible intestinal bleeding include a dark colored stool. Another symptom for potential bleeding is pink or orange colored urine. This could be indicative of blood in the urine.

For those patients that can tolerate Heparin, there is a medication that is a close twin that is called Lovenox. This medication does not require constant blood monitoring and is usually given via an injection into the muscles. This is not a medication for anyone that has any kidney disorders. The typical side effect of Lovenox is a skin irritation at the point of injection.

By far one of the other most popular blood thinner medications is Plavix. This medication is usually given to patients that do not have any stomach or intestinal disorders as the patient can develop potential life threatening intestinal bleeding. Some of the side effects that have been reported with Plavix are nose bleeds, bruising easily, a dizzy feeling, general muscle aches, stomach pains and headaches.

One Response to “Side effects of blood thinners”