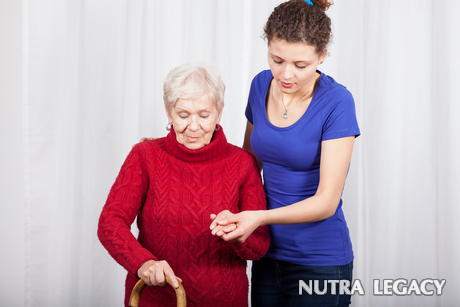 We’ve all heard the claims that osteoporosis is best fought by taking in plenty of calcium, generally through the consumption of milk. However, more recent evidence has suggested a startling new finding: milk causes osteoporosis. The research may make you re-think that daily calcium supplement or that extra glass of milk.

Among the risk factors for osteoporosis has always been reduced calcium consumption. This is why the U. S. government has frequently increased the minimum standards for calcium intake over the years. However, some studies now suggest that at least some of the calcium sources may not be so beneficial after all.

One of the most interesting sets of studies was done in Hong Kong. These studies were interesting because the population being studied did not have high calcium consumption before since milk and many other high calcium foods were not part of the average diet prior to the study. The studies found some fascinating results. For one, calcium consumption during a child’s second year of life seemed to have the most impact on bone density. By the age of five, the amount of calcium did not seem to have an impact on the denseness of the child’s bones. Furthermore, girls in their early teens who had the highest levels of calcium intake also had lowest bone density in their arms. This last finding is probably one of the most surprising.

If you suspect that the research above may not apply to women as well, other research has some shocking surprises, too. A study involving 78,000 nurses found that women who drank more than one glass of milk per day had a 45% increased risk of hip fractures than other women.

Women in the United States have the highest risk of developing osteoporosis, but women in parts of the world with low milk and calcium intake actually have a much lower chance of developing this problem. In Japan, for example, dairy as part of the diet was almost non-existent until recently. And only now are the rates of osteoporosis among women increasing.

China has shown similar results. In that country, osteoporosis is still very uncommon, even though dairy products are not a part of the diet of most Chinese people.

Milk or No Milk?

Before you resign yourself to a lifetime of taking medication for osteoporosis, you should carefully weigh all of the benefits and risks associated with calcium and with milk. To be fair, the research continues to show varying evidence about whether or not milk is going to be helpful or hurtful in your fight against developing osteoporosis. However, consuming dairy products in moderation is still good for your overall nutrition, although you might want to skip the calcium supplements.

Regardless of the evidence for adults, the Hong Kong study clearly shows that among very young children (around the age of 2), milk and calcium are important for bone density, especially if they are not breastfeeding. If you do choose to eliminate milk from your diet as an adult, make sure you replace the vitamins and nutrients it provides with other healthy sources.