In 1964, Luther L. Terry, M.D., the Ninth Surgeon General of the United States, released the first health report linking smoking to lung cancer. Over the past 50 years, 31 Surgeon General Reports have been released about the dangers of tobacco use. The latest report by Acting Surgeon General Boris Lushniak, M.D., M.P.H. has discovered a causal link between smoking and both colorectal cancer and liver cancer. 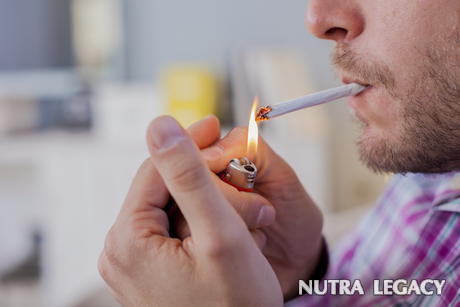 The report states: “Circulating carcinogens from tobacco smoke are metabolized in the liver, exposing the liver to many absorbed carcinogens… Therefore, long-term exposure to carcinogens in smoke may lead to cellular damage in the liver and contribute to the development of cancer,” (p. 181). The Surgeon General’s findings also show carcinogens in tobacco smoke reaching the large bowel system and binding to the DNA in the human colonic epithelium, which cause adenocarcinomas (p. 198).

Accordingly, there is now sufficient evidence that shows causal links between tobacco-use and a grand total of 13 different types of cancer.

However, there is good news: Approximately 18 percent of adults smoke nationwide, compared to42 percent in 1965. Due to anti-smoking media campaigns, preventative marketing measures for Big Tobacco, and the advent of tobacco alternatives such as e-cigarettes, smoking tobacco products is not as prevalent as it was 50 years ago. Although tobacco companies have seen a decline in smoking among adults in recent years, about 33 million Americans still smoke daily, with 9.1 Americans smoking infrequently (i.e. “social smokers”).