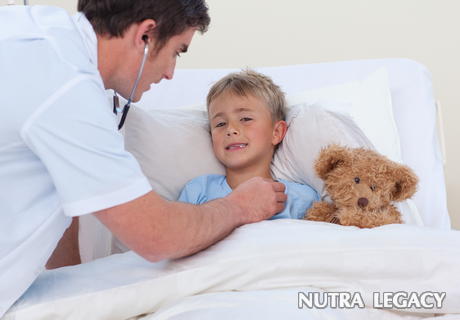 Chest congestion is a common problem with colds and with bronchitis. Basically, it’s caused by an excessive amount of phlegm and mucus in the airways. When not enough is being removed from the body, it can build up and cause a heavy or watery feeling in the chest. Although chest congestion is common, it can lead to more serious complications, such as pneumonia, so treating it is important. Here are some natural ways to reduce your chest congestion.

One of your best remedy options needs to be an expectorant. Expectorants work by loosening up the phlegm in your chest and helping it get out of your body. And, yes, that does mean you’ll be coughing a bit more but that’s important. If you want to start feeling better and prevent complications, you have to get the phlegm out of your body.

While you could purchase an over-the-counter expectorant (a few medications for colds do include them), the chemical most commonly added for this purpose has not proven to be wholly effective. Instead, you might want to try some more natural options that have been shown to work. Some of the herbs which provide this benefit include anise, cardamom, elecampane, eucalyptus, and pleurisy root.

Adding fluids and moisture to the body and the environment can also do assist in loosening the mucus. For example, drinking hot tea or eating warm chicken soup has been shown to help break up the phlegm for easier removal while also soothing your throat in preparation for more coughing. Humidifiers also help increase this break-up but also can reduce coughing so they are a great choice for running at night to help the patient get some sleep.

Remember that you should avoid cough suppressants because these only make you stop coughing. They won’t help you get better. In fact, they could extend your illness because you won’t be able to expel the phlegm. Suppressants may be fine for children at night but should be avoided by everyone else most of the time.

Part of the reason for chest congestion is the inflammation in the airways caused by the infection. The inflammation leads to greater mucus production in an attempt to remove the infectious agent from the body. Treating that inflammation can, therefore, prevent your chest congestion from getting worse. Plus, it can help reduce your pain and discomfort. You’ll find a number of herbs that possess anti-inflammatory properties, including saw palmetto and licorice.

If you have chest congestion, there are some other great herbs and treatments that can help you feel better faster. Cayenne pepper, for example, can be quite useful. These peppers are known to include important antioxidants but also capsicum (the ingredient that makes them spicy) which acts as an expectorant. In fact, eating nearly any spicy food can have similar positive effects on the body.

Parsley is another good choice. When ingested, parsley can stimulate our body’s release of histamines which are our immune system’s number one weapon against infections. Just keep in mind that histamines will make you sneeze and cough more. But that’s what you need to do if you want to start feeling better.

One Response to “Natural Remedies for Chest Congestion”