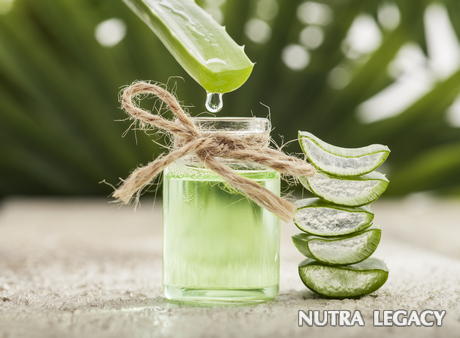 • Aloe vera extract has been used for treating illnesses and injuries since 1500 BC.
• New research shows aloe vera may help increase T-cell numbers in the body to make the immune system work better
• Aloe vera can be used to treat constipation, inflammations of the digestive system, and other conditions
• Applying aloe vera to a wound topically can speed up healing time while also minimizing pain

Many of us already know that aloe vera extract can be the best choice for soothing a sunburn or other type of mild burn but you might be surprised at how many other health benefits this simple product has, including working as an immunity booster, helping relieve digestion problems, and improving would healing abilities.

What is Aloe Vera Extract?

Aloe vera extract is the most commonly used part of the plant which is sometimes called the “medicine plant.” The plant grows wild in Africa but can also be found growing all over the world today. The extract comes from the pulp of its leaves. For centuries, the extract and other parts of the aloe vera plant have been used for treating people. In 1500 B.C., for example, ancient Egyptians had learned to use the plant to help fight burns and other health conditions. What’s most interesting is the plant is 96% water but those few remaining percentage points are packed with some powerhouse ingredients. These ingredients are why herbal and alternative medicine practitioners have been using aloe vera as a treatment for patients for nearly 80 years.

Perhaps become of some of its other perceived benefits, research connecting aloe vera extract and immune system performance has been done in recent years. While the research results are still in their preliminary stages, we do know that the plant contains acemannan. This compound actually has been shown to boost resistance to germs, viruses, and other immune system response triggers. Acemannan works by increasing the number of T-cells (T-lymphocyte cells) created in the body. T-cells are important because they direct the movements and actions of the other cells being released to fight potential infections.

While you may only think of applying aloe vera to your skin, taking the extract orally can help you reduce several kinds of digestion-related issues. The most well-known and studied benefit is the treatment of constipation. Aloe latex, another part of the plant, contains compounds called anthroquinone glycosides which work like mild laxatives in the body. According to the Mayo Clinic, there is solid evidence backing these findings. Some research also shows that aloe vera extract can help soothe ulcerative colitis which is a painful inflammation of the colon. Drinking aloe vera juice is said to ease heartburn, even severe forms of heartburn such as GERD (Gastroesophageal Reflux Disease), when consumed about 20 minutes before a meal. Plus, the extract provides overall soothing to the digestive system by neutralizing some of the excessive digestive acids.

Aloe vera extract first began being studied back in the 1930’s and that’s when researchers discovered the unique wound healing properties associated with the plant. When you apply aloe vera to a skin injury, including a burn, it is literally creating a barrier on that wound. This helps soothe the pain but also helps keep out anything which could lead to an infection. The aloe vera coating will also speed up the healing of the injury, according to a number of studies. For this reason, aloe vera has been effectively used for treating many skin conditions, including some forms of psoriasis and even genital herpes, according to the Mayo Clinic.

One Response to “Aloe Vera Extract: Helps with Stomach and Digestion”