What could the trendy new e-cigarettes have in common with hummus – a healthy and increasingly popular Middle-Eastern snack made of chickpeas, garlic, olive oil and lemon? At first glance, most sane individuals would see very little, if any, overlap. However, we are at a unique juncture in history where a connection can be drawn. We are the lucky generation that gets to witness both products go a long way in eradicating tobacco – one of our nation’s oldest crops dating back Colonist John Rolfe’s first harvest in 1612. 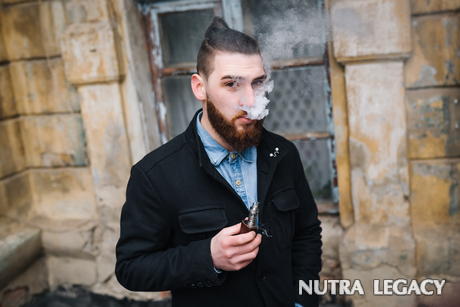 Let’s face it. More people (at least ages 18-30) are learning to exercise and eating consciously. And, there are fewer smokers in this demographic every year. However, it seems as if there are more and more occasional smokers. One could also call them “casual smokers” or “social smokers.” Either way, you know the breed of which I speak.When asked if they partake, their answer is inevitably a negative. However, get a few drinks in them, and their bumming fags left at right at your nearest bar or house party.

That’s where e-cigs come in. These electronic inhalers vaporize a solution into an aerosol mist that simulates the act of smoking. At the very least, it means less immediate air pollution and less butts clogging up the streets. Despite ongoing debate over legislation and a conscious decision to avoid marketing these products as tobacco replacements, they are indeed replacing it. E-cigarettes have passed young peoples’ litmus test, and they’re catching on fast. Although the amount of nicotine delivered in each e-cig varies significantly, and there are still many potential health risks, the amount of chemicals in a machine-rolled cigarette greatly outnumber that of the electronic competitor.

According to an article published two years ago by Editor of Harvard Health Harvey B. Simon, “electronic cigarettes deliver an array of other chemicals, including diethylene glycol (a highly toxic substance), various nitrosamines (powerful carcinogens found in tobacco), and at least four other chemicals suspected of being harmful to humans. To be sure, the dose of these compounds is generally smaller than found in “real” cigarette smoke. But it isn’t zero.”

As the demand for old-fashioned cigarettes goes down, less tobacco is grown and a vast expanse of American farmland is waits for a new crop. Enter chickpeas (or garbanzo beans) as the demand for hummus skyrockets. This low-fat, high-protein bean paste has grown 10 percent in annual sales for the past two years establishing a $530 million American market. Chickpea crops have moved from their primary home in the Pacific Northwest to Virginia and the Carolinas while hummus brands like Sabra Dipping Co. and Athenos have stepped up to develop new flavors and varieties. In addition, the U.S. chickpea harvest increased 51 percent last year, and farmers received 10 more cents per pound than in the mid-2000s according to the USDA and the U.S. Department of Agriculture respectively. From health and civic beauty standpoints, at least, this all looks and sounds
a lot like progress.